6 LGBT Books You Need To Read To Celebrate #LoveWins

Or if you're just tired of the usual boy-meets-girl stories in your fiction.
by Henna Yu | Jul 8, 2015
Post a Comment

1. Aristotle and Dante Discover the Secrets of the Universe by Benjamin Alire Saenz 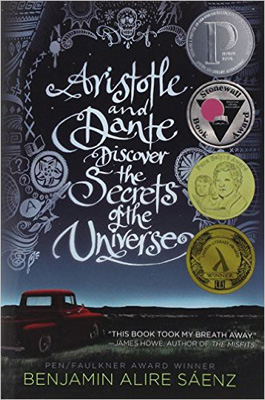 "When Aristotle and Dante meet at the swimming pool, they seem to have nothing in common. But as the loners start spending time together, they discover that they share a special friendship—the kind that changes lives and lasts a lifetime. And it is through this friendship that Ari and Dante will learn the most important truths about themselves and the kind of people they want to be." [via Goodreads] 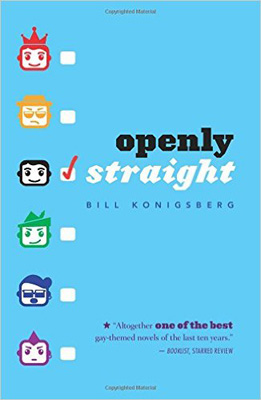 "Seamus Rafael Goldberg, aka Rafe, is tired of being "the gay kid” who plays soccer and hangs with Claire Olivia. So he decides to reinvent himself without the label. Because he’s more than just that. He goes to a new school, where he finds himself among the jock crowd, and he loves it. But what happens when he falls in love with Ben, who doesn’t know about Rafe’s past? Can he give up a part of who he is, and still be himself?"[via Billkonigsberg.com] 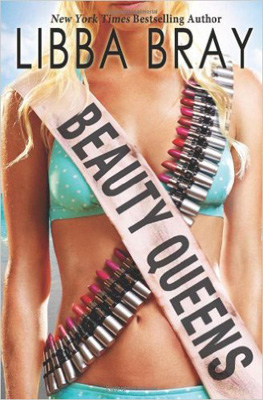 "When a plane crash strands thirteen teen beauty contestants on a mysterious island, they struggle to survive, to get along with one another, to combat the island's other diabolical occupants, and to learn their dance numbers in case they are rescued in time for the competition. Written by Libba Bray, the hilarious, sensational, Printz Award-winning author of A Great and Terrible Beauty and Going Bovine. The result is a novel that will make you laugh, make you think, and make you never see beauty the same way again." [via Goodreads]

4. Everything Leads To You by Nina LaCour 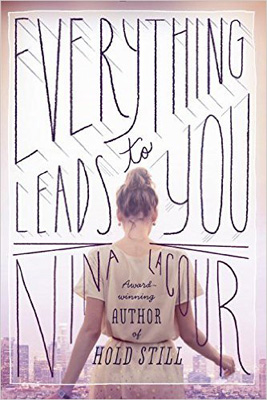 "Emi is a film buff and a true romantic, but her real-life relationships are a mess. She has desperately gone back to the same girl too many times to mention. But then a mysterious letter from a silver screen legend leads Emi to Ava. Ava is unlike anyone Emi has ever met. She has a tumultuous, not-so-glamorous past, and lives an unconventional life. She’s enigmatic…. She’s beautiful. And she is about to expand Emi’s understanding of family, acceptance, and true romance." [via Goodreads]

5. Boyfriends With Girlfriends by Alex Sanchez 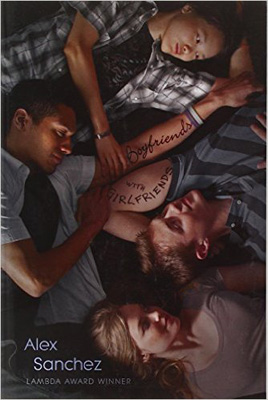 "Lance has always known he was gay, but he's never had a real boyfriend. Sergio is bisexual, but his only real relationship was with a girl. When the two of them meet, they have an instant connection—but will it be enough to overcome their differences? Allie's been in a relationship with a guy for the last two years--but when she meets Kimiko, she can't get her out of her mind. Kimiko, falling hard for Allie, and finding it impossible to believe that a gorgeous girl like Allie would be into her, is willing to stick around and help Allie figure it out. Four teens explore the fluidity of love, sexuality, and identity in this acclaimed novel from Alex Sanchez." [via Simonandschuster.com] 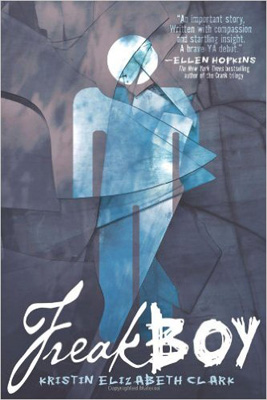 "From the outside, Brendan Chase seems to have it pretty easy. He’s a star wrestler, a video game aficionado, and a loving boyfriend to his seemingly perfect match, Vanessa. But on the inside, Brendan struggles to understand why his body feels so wrong—why he sometimes fantasizes having long hair, soft skin, and gentle curves. Is there even a name for guys like him? Guys who sometimes want to be girls? Or is Brendan just a freak?" [via Amazon.com]

Don't Know How Falling In Love Feels Like? Read These Books!