1. Remember when they starred in teen show G-mik, and had no idea that they were going to be best friends #4lyf? 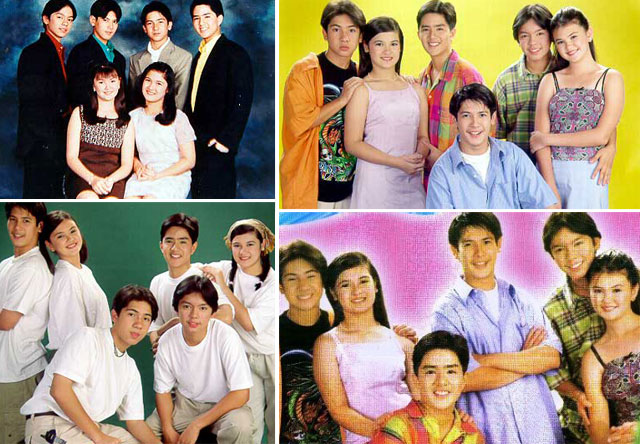 Seriously, people. That was the start of a beautiful and awesome friendship.

2. John was never afraid to make fun of Angelica's child star days. So when he saw a poster of Ang Pulubi At Ang Prinsesa randomly, he Instagrammed it.

3. They call each other "Pets." John greeted Angelica on Instagram by uploading this photo, saying, "Happy birthday to you PETS. I pray to God that He blesses you today and gives you strength to have positive thoughts and to give you success in your life. #friendsforever -----> pratty&liv"

4. Likewise, Angelica got super emotional when it was her turn to greet John on his birthday.

Oh, that's not a tear, something just got in my eye.

5. In that same video, Angelica revealed that she didn't get along with John's ex-girlfriends, because none of them were good enough for him. "Kaya nga lahat ng ex mo nakakaaaway ko eh, kasi sinasaktan ka nila," she said.

9. When John Instgrammed this pic of Angelica as his "Best Woman."

Because having Angelica by his side as The Love Of His Life walked down the aisle meant the world to him. <3