The Filipino model bags the runner-up spot despite being the show's underdog.
by Ruel J. Mendoza and Gianna Banzon | Feb 18, 2013
Post a Comment
Featured

Stephanie Retuya shocked viewers when she made it to the Final 3 of Asia’s Next Top Model and finished first runner-up during the show’s February 17 finale. The 23-year-old Filipino part-time model and full-time mother fell short of the title but still landed an impressive second place despite being in the bottom two five times and failing to snag any of the best photo challenges.

Clearly an underdog, she redeemed herself during the last leg of the competition where she and the two other finalists, Jessica Amornkuldilok of Thailand and Kate Ma of Taiwan, did a commercial for Canon and a photo shoot for Harper’s Bazaar, plus a runway challenge featuring the creations of Singaporean designer Frederick Lee.

Supermodel and America’s Next Top Model judge Tyra Banks was impressed by the Pinay beauty’s TV commercial and photo shoot, exclaiming, “I thought your runway walk was spectacular. You have sass but you're also very sweet. This is a model now although she is not modeling.”

Although Thai finalist Jessica Amornkuldilok emerged victorious and was crowned Asia’s Next Top Model, Stephanie’s feat on the show opens countless opportunities for the budding model. We checked out her Instagram account (instagram.com/stephieretuya) to check out what she was up to, and we weren't surprised to see that she's already working immediately after the competition! 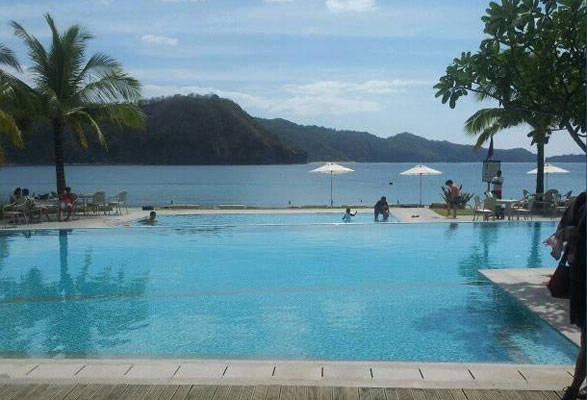 Stephanie also expressed her gratitude on her official Facebook page: “I am so grateful for everyone who has been a part of my journey on #AsNTM. The girls are simply amazing. I am so happy to be in this cycle with you gals! The show is over but I still hope to see some of you! And for the people who watched and supported my whirlwind competition, Thank You!”

For the full story, visit PEP.ph.