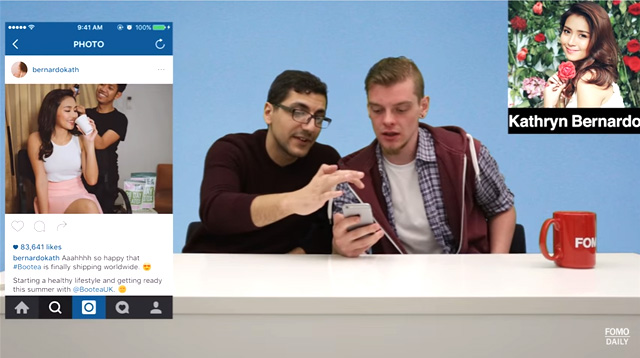 YouTube channel FOMO Daily released this vid as a follow-up to their first vid where they stalked the likes of James Reid, Enrique Gil, and Daniel Padilla. (P.S. They LOVED JAMES!)

Now, we have these American guys giving their honest opinions about our lovely Pinay beauties. And, just so you’d know, once they went deeper in these celebs’ IG feeds, first impressions definitely did not last!

Here’s a bit of what they had to say about our homegrown celebs:

On Liza Soberano: “She looks like a girl from New York.”

On Marian Rivera: “That face is a face of a person who’s known passion in her life.”

On Anne Curtis: “This woman seems like she knows who she is.”

Watch the vid to find out which Pinay is their fave!