Andi Eigenmann Threw Some Shade At A Former BF

Andi Eigenmann threw some shade at a former lover on Twitter (but has since deleted the posts), according to PEP.ph.

The Kapamilya actress is said to be upset over a statement of her former BF Jake Ejercito on PEP.ph stating that he and Andi are just friends ‘without benefits.’

“We aren’t even friends. We are nothings.” 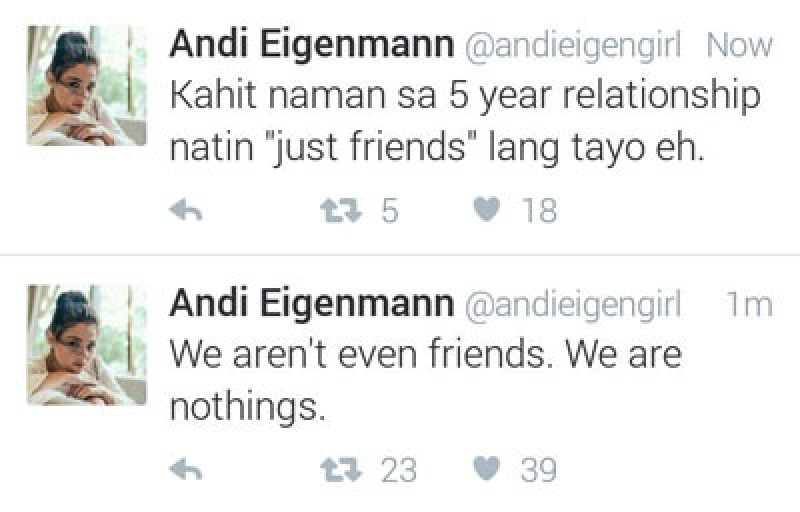 Andi and Jake, son of former President Joseph Ejercito Estrada, have been recently seen traveling together.

The former couple of five years ended things for good in 2014.