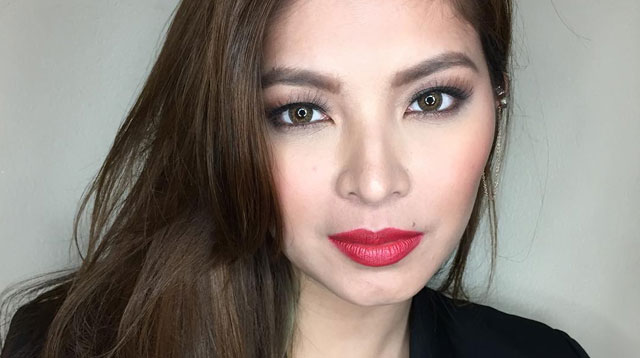 1 Despite rumors saying their relationship is going through a rough patch, Angel Locsin was quick to defend boyfriend Luis Manzano after a social media user accused him of being gay. @guillermaperalta left a comment on the actress’ Instagram account, calling Luis “silahis.” Angel immediately fired back by replying, “Pakituro po sa akin kung sino nagsabi nang masapok ko ho nang todo.” The follower soon apologized and explained that he doesn’t want Luis for Angel. The actress graciously accepted his apology, but not without leaving him a warning: “Sana lang po next time you won’t say things as a matter of fact kung wala ka namang basis. I won’t tolerate anyone lambasting him on my page…whether we’re together or not.” (PEP)

2 Maine Mendoza and Marian Rivera finally met each other! Despite being represented by the same agency, Triple A, GMA’s top artists were only formally introduced at the network’s Thanksgiving party on February 10. The two, who were photographed gleefully chatting and whispering together, were easily the center of attention! Marian and Maine even twinned in similar outfits: Maine opted for a sleeveless lace nude dress with a high neckline, while Marian wore a nude midi dress with a ruffled bodice and a choker-style neckline. (PEP)

3 Looks like Emma Watson has a new guy in her life! The 25-year-old actress has been spotted on several occasions with 35-year-old William Knight, a tech executive who graduated from Princeton University. The couple recently spent a romantic weekend in Big Sur, California. This is the first man Emma has been linked to since her breakup with rugby player and Oxford University student Matthew Janney in December 2014. (People)

4 Frozen fans, you’re in for a treat—the Disney film will be making its Broadway debut in early 2018! No word yet on who will be taking on the roles, but we’re totally rooting for seasoned theater actress Idina Menzel to reprise her role as Elsa. (CNN)

5 Calling all single ladies! PLUMP magazine, the country’s first body positive web magazine, is hosting Me, Myself, and Love, a workshop dedicated to helping women discover their own path to self-love. Meet and listen to the stories of editors Danah and Stacy Gutierrez, makeup artist Katrina Gumabao, singer Julianne Taroja, and fitness enthusiast Rona Samson-Tai. Me, Myself, and Love is on February 27 at _GALLERY, A Space, Makati. 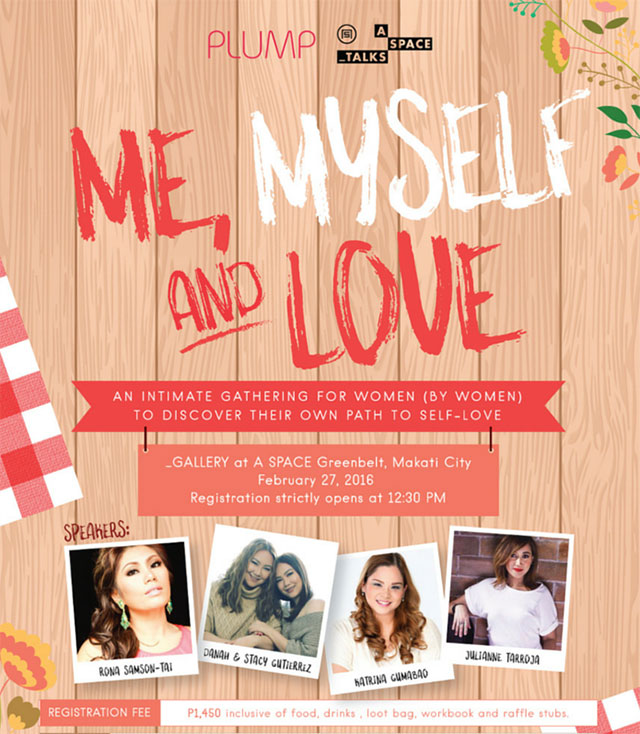