1 After it was announced that Liza Soberano will be taking on the role of iconic Pinay heroine Darna, the 19-year old actress received Darna comics as gifts from Angel Locsin, who was supposed to reprise the role in the new movie but had to give it up due to health reasons. Liza's manager, Ogie Diaz, wrote in his Facebook page: "Yang mga magazines na 'yan, bigay sa kanya ni Angel Locsin. Ibig sabihin, gusto ni Angel si Liza gumanap na Darna." (PEP.ph)

2 Adults are not the only ones who have questions for Emma Watson! In a new video, the British star is interviewed by kids and they have A LOT of questions. Some are serious, some are silly, while others are up for debate. Watch the video below to see how Watson handles all those queries! (Entertainment Weekly)

3 Artist Alex Gardega received a lot of backlash this past Monday when he installed a urinating dog statue right next to "Fearless Girl"—who stands opposite the "Charging Bull" in New York City, and made her debut last March for International Women's Day. Gardega insisted that he was a pro-feminist and explained why he put up the dog statue: "My piece is not without a sense of humor. There is plenty of room for 'Fearless Girl.' It just interferes with another artist's work/vision...I decided to build this dog and make it crappy to downgrade the statue, exactly how the girl is a downgrade on the bull." Err, sure, Alex. (E! Online)

4 YAY! Summit Media is the leading lifestyle network in the Philippines, having reached 25.1 million unique users across its 15 websites in April and a growing fanbase of 33.7 million across all its brands. Lisa Gokongwei-Cheng, Summit Media president, said, "We have always been a company passionate about the communities we serve. These communities are reading magazines but have become very heavy users of digital media and we are very proud to say that our brands reach more people today than ever." (Adobo Magazine)


5 The MakeupPlus app just got three new makeup filters you can virtually try on, thanks to their partnership with social media star Bretman Rock! His makeup looks, titled "Mary Jane," "Boujee," and "Whatevah" are already globally available on the app. Now it'll be easier for you to #slay!

MakeupPlus is available on Apple and Google Play stores for free. 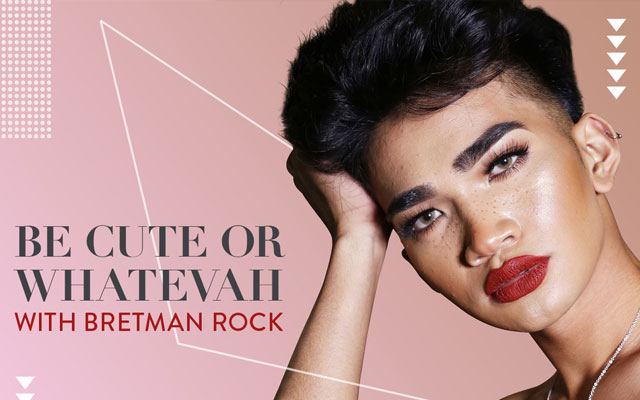