The most breathtaking faces in showbiz graced the launch of the YES! 100 Most Beautiful Stars special, including Anne Curtis, Lovi Poe, and Jake Cuenca. See our snapshots from the star-studded event!
by Cheekie Albay | Jul 6, 2012
Post a Comment
Featured 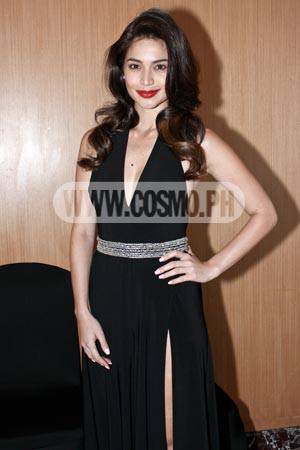 Six-time Cosmo cover girl Anne Curtis, who was last seen in our pages as our May 2012 cover chick, was recently crowned YES! Magazine's Most Beautiful Star for 2012. Who can blame the leading entertainment monthly for putting Anne in the top spot? Not only is she a breathtaking beauty, she's in a league of her own, counting box-office actress, fashion diva, brand endorser, television host, concert queen, and all-around role model among her celeb credentials (whew!).

As she celebrates her 15th year in showbiz, the Princess of All Media is clearly on a roll. Earlier this year, she led our roundup of Fun, Fearless Female Awardees for 2012, and now she adds another feather to her cap as she assumes the YES! Most Beautiful Star title. We couldn't be happier for our Cosmo cover record-holder!

“I just feel so blessed,” Anne says. “It hadn’t been a smooth journey for me. There were a lot of bumps on the road. But I guess it helped that maybe people saw me grow up in this industry, so there are a lot of people who were able to relate one way or another to that, you know.”

The YES! Most Beautiful Stars issue presents 100 of the prettiest showbiz personalities right now, grouped into 17 different categories. You can see the rest of the celebs who made it to the list by grabbing the special, in stands now.

Launch the gallery to see who else YES! proclaimed as local Tinseltown's most stunning!