Are Justin Timberlake And Jessica Biel Having A Baby?!

1 Jessica Biel is reportedly three months pregnant with Justin Timberlake’s baby! Radar Online broke the news, after a source revealed that “Jessica is at least three months pregnant” and “due in April.” However, no official announcement has been made yet. (radaronline.com)

3 Who knew Daniel Radcliffe knew how to rap? The Harry Potter star showed off his skills during an appearance on The Tonight Show Starring Jimmy Fallon, where he performed Blackalicious’ “Alphabet Aerobics.” One thousand points to Gryffindor!

4 If you haven’t read Paper Towns by John Green (author of The Fault In Our Stars) yet, we suggest you pick up a copy before the movie adaptation hits theaters. Here’s a first look at lead stars Cara Delevingne and Nat Wolff together! (bustle.com) 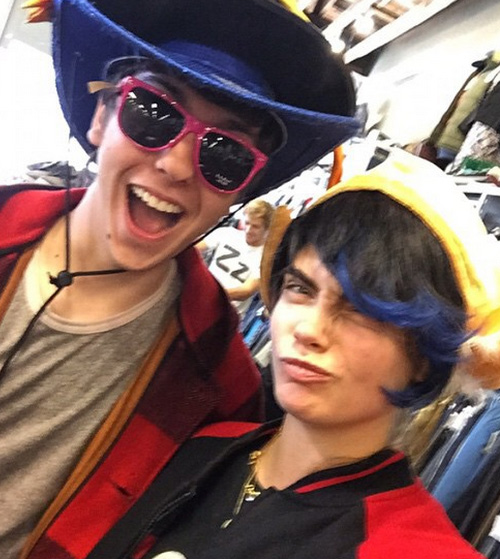 5 Luis Manzano, Marvin Agustin, DJ Durano, and Matteo Guidicelli wore their Moron 5.2 superhero costumes while riding the MRT on October 29. The actors hopped on the train from the North EDSA station and exited at the Shaw Boulevard station. During their ride, they reminded fellow passengers to watch their upcoming movie. (PEP.ph)