Wondering who Ariana Grande is dating? NO ONE, that's who—at least according to a recent tweet claiming she's going to remain single for the entirety of 2019. Buuuuut on the other hand she was just spotted wandering around New York City with her ex-boyfriend and fellow donut-licker Ricky Alvarez. Here's some footage posted to Ari's Insta story taken during their hang sesh:

FYI to those of you assuming that Ariana and Ricky must be back together, some photos were taken of them chilling and a) they weren't holding hands or being otherwise romantic, and b) it's possible for exes to be just friends! Which, by the way, Ariana pointed out in early December: 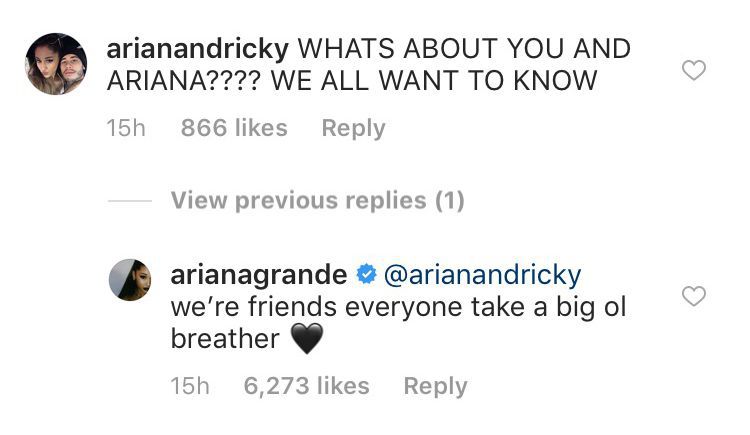 It looks like Ari and Ricky rekindled their friendship right around the release of "Thank U, Next." She even showed him the song, and they had a cute convo about his shoutout on Instagram: