Behind The Scenes With July 2012 Man On Fire ADRIEN SEMBLAT

The hot footballer dishes his no-nonsense take on how girls can leave him with a lasting first impression. Heed his advice and feast your eyes on this fine Frenchman!
by Laura Beck | Jul 3, 2012
Post a Comment
Featured 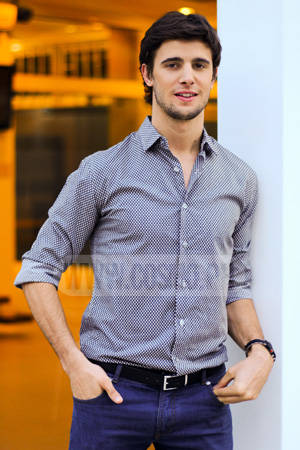 If French men had their way, ladies would have to do more (and do better) than just employ the average flirting tactics and send out subtle physical signals to show a guy they're interested.

Take it from United Football League (UFL) Philippines' winger Adrien Semblat. The hunky athlete, born and raised in Strasbourg, France, has been in the Philippines for four years already, and he believes that Pinays should make the first move, if they ever want him to notice.

What's even sexier about the hunky Frenchman is that, aside from his modelesque cred, Adrien's also got a knack for business, as he handles sales for Adidas Manila. Whether he's donned in corporate garb or in soccer duds, he's got the droolworthy look down pat!

In our July issue, the part jock, part businessman tells all on the 10 magic moves and key traits that will keep you etched in his memory.

Want to see what went on during our shoot with Adrien? Launch the gallery now for our behind-the-scenes exclusive!

Grab a copy of Cosmopolitan's July 2012 issue with Heart Evangelista on the cover and flip to p.46 for Adrien Semblat's Man On Fire feature!