Beyonce Is Pregnant With Twins!

1 These days, social media is where it’s at when it comes to breaking news. Case in point: Beyoncé, who just announced her second pregnancy with twins on Instagram! In the photo, the singer is clad in nothing but lingerie and a sheer veil, while clutching her baby bump. The caption reads, “We would like to share our love and happiness. We have been blessed two times over. We are incredibly grateful that our family will be growing by two, and we thank you for your well wishes. - The Carters.” Congratulations!

2 Meanwhile, in local pregnancy news, Camille Prats is expecting her first child with second husband VJ Yambao. Like Beyoncé, Camille posted about it on her Instagram with a cute snap of her little family. “Yes, our gift from above came via express! It was a surprise and we are happy!” the actress said. VJ and Camille wed on January 7, 2017. Camille has a son, eight-year-old Nathan, from her first marriage to Anthony Linsangan, who passed away in 2011 from nasopharyngeal cancer.

4 Gigi Hadid continues her reign in 2017! The supermodel is on the cover of the March issue of British Vogue, her second one for the magazine. To make it even more special, Gigi revealed that she has an editorial with her younger brother, Anwar, inside. Aaw. <3

5 Get ready for a healthy dose of art and culture, because Fringe Manila is back. Now on its third year, the multi-arts festival on February 8 to 26 will feature an exciting lineup of activities, including painting competition Art Battle, performances by HATAW and Burlesque PH, and an immersive exhibition called “The Virtual Womb,” which will have guests enter a larger-than-life vagina! For more information, visit fringemanila.com. 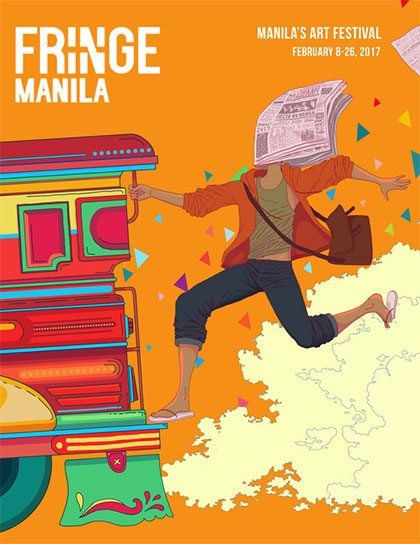