1 Bianca Gonzalez and basketball player JC Intal are getting married on December 10, 2014. The host revealed that she's been very hands on with wedding planning, saying, "I always want to check updates. I made our save-the-date [announcement] on our own, even the layout of our invites. I want to make it on my own."  (PEP.ph)

2 Maxene Magalona admits she wants to transfer to ABS-CBN, after being in GMA for 10 years. While the actress hasn't signed an official contract yet, Maxene says, "I'm just so happy and just so thankful to ABS-CBN for opening their doors to me." (ABS-CBN News)

3 One Tree Hill reunion alert! Sophia Bush, Hilarie Burton, and Bethany Joy Lenz reunited in Paris on Saturday, October 18. Sophia took to her Instagram account to snap a selfie of the trio with the caption, "Basically the best." (Cosmopolitan.com) 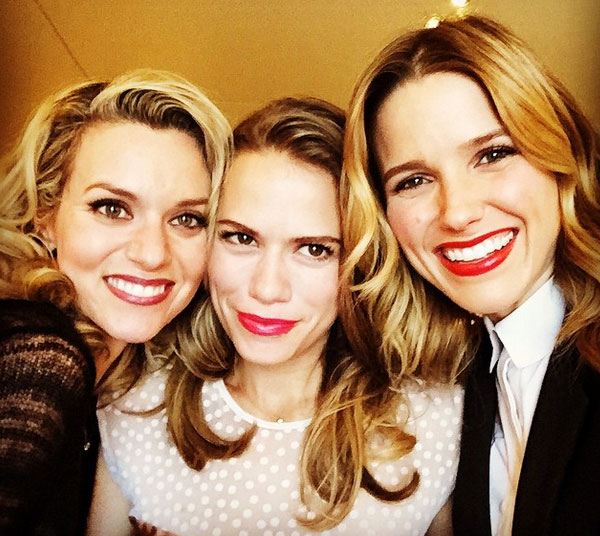 5 One of Cosmo's Fun Fearless Female awardees, Patricia Evangelista, received the 2014 Kate Webb Prize from Agence France-Presse on Friday, October 17. The award—which recognizes "exceptional journalism in dangerous or difficult conditions by Asian journalists"—was given to Patricia after she spent a month in communities devastated by Typhoon Haiyan. (GMA)