Cancel Your Plans! The Backstreet Boys Are Coming To Manila

Children of the '90s, rejoice! The Backstreet Boys are touring Manila again (The last time they were here was in 2012). The boy band just released the announcement of their Asian tour on their Facebook page. 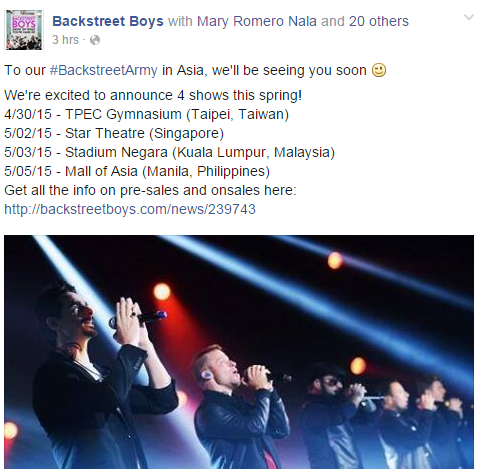 According to their official website, Nick Carter, Howie Dorough, A.J. McLean, Kevin Richardson, and Brian Littrell are set to take the stage at the SM Mall of Asia Arena on May 5, 2015. Tickets go on sale at 10 a.m. on February 5, 2015.

So cancel everything, and take a leave from work tomorrow because Backstreet is back, y'all!