During Dakota Johnson's appearance on Ellen today, she addressed the pregnancy rumors that took the internet by storm earlier this week.

Allow me to bring you back to that moment, when TMZ reported that the actress and musician Chris Martin were not only expecting their first baby together, but they had already had the gender reveal party.

Basically, the outlet spotted a bunch of celebrities entering Chris's home, above which there were a bunch of pink and blue balloons floating in the sky. By the time Dakota's dad arrived at the fête—allegedly, at least—the blue balloons were released. All signs pointed to a gender reveal! However, the internet was fooled, and according to Dakota's rep, it was merely her birthday. Surprise!

"The only thing I’m pregnant with is a lot of really good ideas, but not any babies,”Dakota explains to Ellen in today's show. 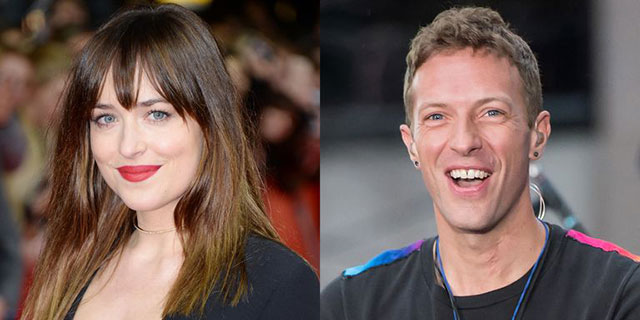 "It was my birthday and there were balloons that happened to be pink and blue and so then I was pregnant,” she says. "I didn’t know that the balloons were gonna be released. They were just in an arch, but I guess that accidentally happened one of the ends just got let go.”