The survey, however, was conducted from April 5-10—before his controversial rape remark.
by Andrei Medina | Apr 20, 2016
Post a Comment
Featured 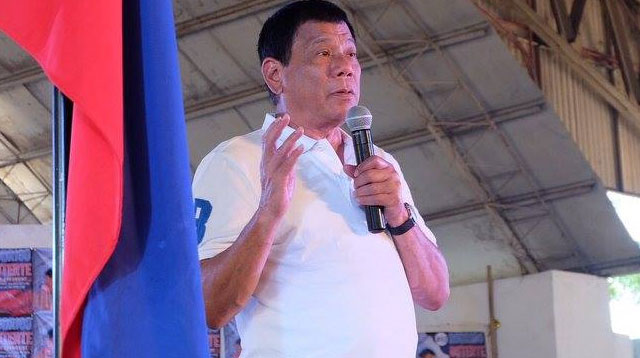 Despite being under fire for his controversial rape remark, Davao City Mayor Rodrigo Duterte remained atop a recent survey among presidential candidates conducted by Pulse Asia.

In the survey, Duterte got a commanding 32 percent, up by 2 percent from his previous rating the previous week.

However, a closer look shows the survey was conducted from April 5 to 10 which was before the rape remark issue surfaced.


This means that only the following surveys will tell whether the tough-talking mayor’s popularity will take a dent due to his “gutter language” manner of speaking.

Meanwhile, Senator Grace Poe remained at second spot with 25 percent, the same as her previous rating.

Senator Miriam Defensor-Santiago, whose noticeable absence from the second presidential debates spurred questions about her health lagged behind with a mere 1 percent.

This Pulse Asia survey had 4,000 respondents with a ± 1.5 margin of error.
Continue reading below ↓
Recommended Videos