2 All eyes are on 17-year-old figure skater Michael Christian Martinez, the lone Filipino qualifier in this year’s Winter Olympics in Sochi Russia. Watch his amazing performance that landed him a spot in the coveted roster. Bravo, Michael!

3 Former Hollywood child star Shirley Temple has passed away last Monday at the age of 85. She died of natural causes. Our thoughts and prayers go out to the legendary actress and her family! (Full story here!) 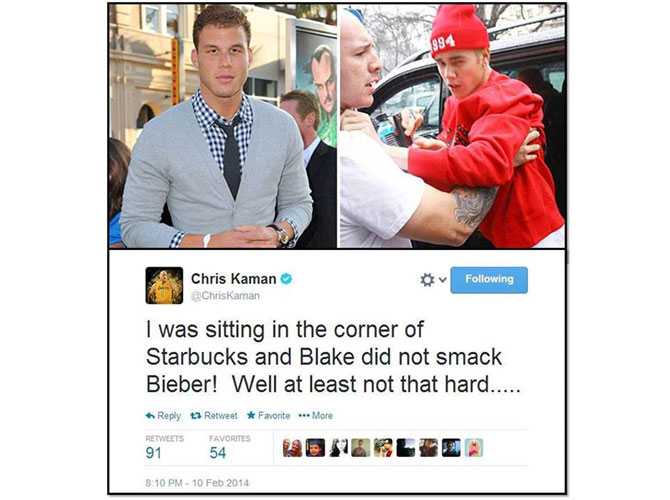 4 Twitter has been buzzing about how NBA player, Blake Griffin, slapped pop star Justin Bieber at a Starbucks cafe. Bieber reportedly entered a Starbucks branch with no shirt on and his pants hanging down, exposing his underwear. When the barista asked him to put on a shirt, Justin started cursing and threatened to have his bodyguard "kick his ass." That’s when Blake, who happened to be in the same Starbucks that day, stepped in to calm the singer, and when that didn’t work, smacked him in the face. That's the story everyone's been talking about, but it's actually NOT TRUE! (complex.com)

5 Do you believe in true love? This "Declaration of Love" by Schwarzkopf Nectra Color reminds us of what it really means to be in love.