Flick Chika: Two Movies About Fortune-Telling Battle It Out

There’s Tarot then there’s Manghuhula—opening within a week of each other. Who came first?
by Dinno Erece | Sep 1, 2009
Post a Comment 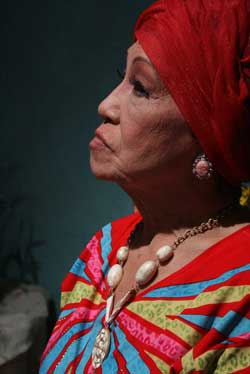 AP.24.07 Production is releasing its 2008 Cine Manila entry Manghuhula tomorrow, September 2. Directed by Paolo Herras (who happens to be the second cousin of Starstruck boy Mark Herras), the movie stars Angel Aquino, Eula Valdez, Glaiza de Castro, and Emilio Garcia, with Ms. Bella Flores marking the end of her acting career in this film before packing up her belongings and going to the US with her daughter.

With its story about a generation of fortune tellers using card reading as method, Manghuhula is eerily close to the story of another movie about fortune-telling, Tarot.

However, Manghuhula Producer Joseph Santos claims they were first—at least when it comes to the idea for the film. For one, it was a Cine Manila entry from last year. Also, Joseph claims Tarot’s original play date was September 23, but when Regal heard that Manghuhula will be shown on September 2, they moved their card-reading movie to an earlier play date, August 26.