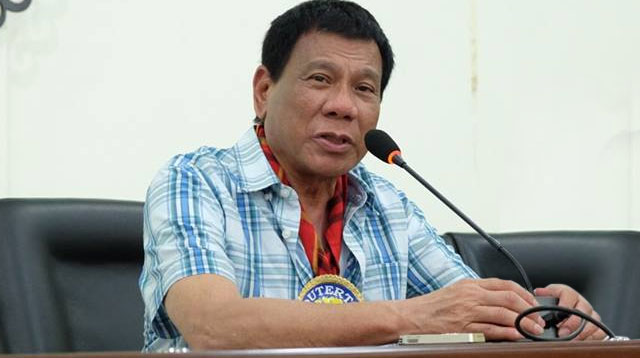 Davao City Mayor Rodrigo Duterte, who publicly flaunts his supposed womanizing ways, has gained an unlikely ally in his bid for the presidency with a women’s rights group.

“Womanizing, kissing: most of that is media hype… Even if he says that ‘I am a womanizer, may mga girlfriend’ remember that the mayor is already separated,” Ilagan said.

“His marriage has been annulled,” she pointed out.

It can be recalled that Ilagan and the Gabriela group recently called out Duterte for his “distasteful and unacceptable” remarks on women.

She now urges the public to instead to take a look into the track record of the tough-talking mayor who admits to having two wives and two girlfriends.

“Look beyond the words, look beyond the actions. Focus on what he has done, what he can do, what he is still doing that will benefit our people,” Ilagan said.

Duterte, who has admitted to being a womanizer, went on a "kissing spree" during a political sortie in San Fernando, Pampanga.