Get Ready For The First DanRich Movie To Come Out This Year! 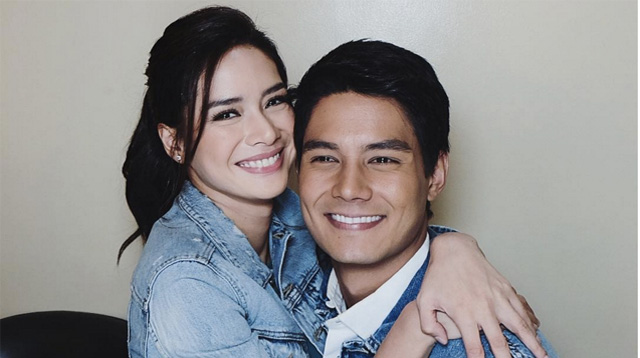 1 Daniel Matsunaga and Erich Gonzales are set to headline their first film together as a love team and real-life couple! The Be My Lady co-stars will star in Unforgettable (working title) under Regal Films and is slated to be released in August. Erich will play a simple chambermaid, while Daniel a dashing royal who “would cross paths and discover just about how different and similar their lives are despite their contrasting stature.” (ABS-CBN)

2 Ai Ai delas Alas and her boyfriend Gerald Sibayan marked their second anniversary as a couple! The comedienne was gifted a tube of designer lipstick (Christian Louboutin to be specific) and a bouquet of flowers by her boyfriend who is 30 years her junior. (ABS-CBN)

3 Gwyneth Paltrow opened up about her relationship with ex-husband Chris Martin and revealed that they are better off as friends. In an interview with Marie Claire Australia, Gwyneth says, “I think we are better as friends than we were [married]. We are very close and supportive of one another…It hasn’t always been easy for us because you have good days and bad days as you do in life with anything, but I feel lucky because Chris has been willing to push himself for the sake of the kids and help me co-create this new family. It’s like we are still a family, but not a couple.” (Just Jared)

4 Kylie Jenner lands her first cover for Marie Claire's May issue! The reality TV star and beauty entrepreneur is one of the ‘fresh faces’ in the issue, along with Ellie Goulding, Zendaya, Gugu Mbatha-Raw, and Hailey Baldwin.

5 Here’s your first look at Netflix’s Gilmore Girls reboot and it does not disappoint! It looks like Lorelai and Luke are sweeter than ever holding hands while walking (YAAAAS) along the streets of Stars Hallow. (Cosmopolitan)