Have You Seen The #RP69FanFic Hashtag On Twitter? It's Hilarious! 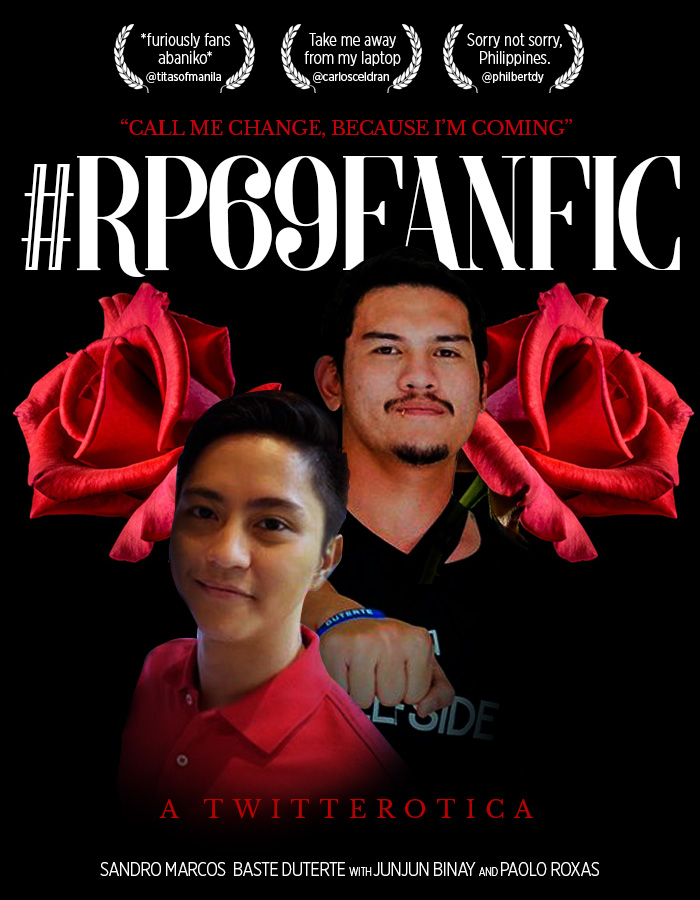 ICYMI: #RP69FanFic is the latest hashtag trending on Twitter! Film critic Philbert Dy started the hashtag, and we're assuming he probably had enough of the #Halalan2016 bashing online ('cause we have).

If you read everything, you'll also enjoy appearances from former Makati City mayor Junjun Binay and 2016 presidential candidate Mar Roxas' son, Paolo Roxas. Plus, Daniel Padilla and Alma Moreno references—pretty much anyone running for public office or involved in the 2016 Philippine Elections. Awkward!

Wish we could compile all the tweets for you, but there are a LOT of good ones. So here, a few of our favorites. Enjoy!

P.S. It gets really weird, LOL!

"How deep is your love?" Sandro asks, to which Basti replies, "Deeper than the debt that your lolo put the Philippines into." #RP69fanfic

Sandro to Baste: Your love is my drug.
Duterte: drugs?! Patayin kita.
#RP69fanfic

Sandro: "We've been doing this position for hours already."

*Sandro turned the lights off*
Baste: wait. someone's watching us in the dark
Sandro: who is it?
Baste: sino pa ba? Only Binay!#RP69fanfic

It was the first time a Marcos said sorry. #RP69fanfic

Sandro asked, "Can you do one giant thrust?"

"What do you call this position?" Sandro asked with amazement.

"How long is it?" sandro asked.

"Every letter of my province equals an inch", said baste.

Sandro n Baste kissed n groped. The bed shook. They stopped. They looked over the other side of the bed and saw Junjun's Junjun. #RP69fanfic