Can you imagine life WITHOUT the internet? 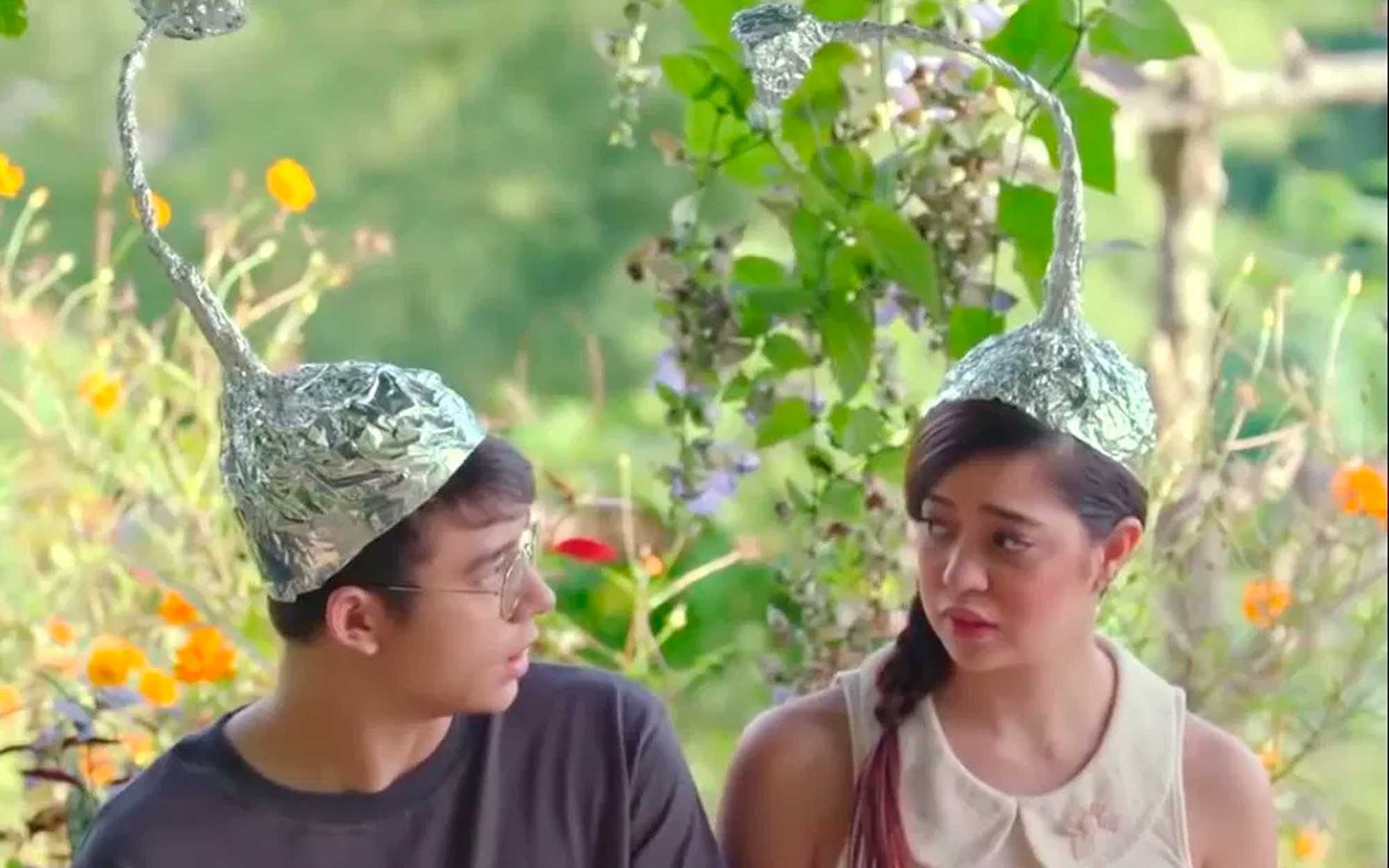 No one could have played Norma better than Sue Ramirez.

It was love at first sight the moment Aries (Jameson Blake) laid eyes on Norma (Sue Ramirez). It would have been a great beginning of a love story, except Norma was in love with Aries' brother, Leo (Markus Paterson). Friend-zoned Aries settles for the next best thing—being Norma's closest friend.

When Norma suddenly falls sick and discovers that she has electromagnetic hypersensitivity syndrome (EHS), which means she gets sick when there's WiFi or any electromagnetic and radio-frequency signals, she has no choice but to live with her grandmother whose house is a three-hour away from the city. Leo is always MIA. Ever-loyal Aries is the one who sticks around and helps her cope with her illness.

Ang Babaeng Allergic sa WiFi is a sweet, beautifully-told story about true love, friendship, family, and life without the internet.

Sue was last seen in the afternoon TV drama Hanggang Saan, the horror flick The Debutantes, and the MMFF comedy Meant To Beh.

Jameson recently starred in the movie, So Connected, where he was paired with Janella Salvador. He will be part of the JoshLia primetime teleserye Ngayon At Kailanman.

Markus was part of the reality show Pinoy Boyband Superstar in 2016 and is currently in the daytime series Sana Dalawa Ang Puso Ko, which stars Jodi Sta. Maria, Richard Yap, and Robin Padilla.

The former child star played the young Narda in Marian Rivera's version of Darna. She recently received a Special Jury award from the Warsaw International Film Festival for her role in the 2017 indie drama, The Bomb.

When I first saw the teaser for Ang Babaeng Allergic Sa WiFi, I just knew I had to watch it. The premise was interesting. Imagine needing to give up not just WiFi, but connectivity. You had no signal and no easy way to know what's going on with your friends and the world. In this day and age, it's almost unthinkable to be without internet for more than a few days.

But that's what happens to Norma. And let me tell you, while I'm sure I will get major FOMO being offline, the idea of just enjoying life without the distraction of a mobile phone buzzing or lighting up every few minutes is utterly attractive.

The film is charming, something you'd want to watch after a particularly stressful day. The colors of the movie were extra-vivid, like an Instagram filter. The beautiful visuals were accompanied by the lovely electro-folk music of Keiko Necesario.

The story is beautifully told. The plot is uncomplicated. The main characters are easy to love.

I can't think of anyone who could have played Norma better than Sue Ramirez. Her portrayal was natural and endearing. Jameson Blake as sweet Aries who quietly loved Norma proved to be a competent actor. Markus, a first-time movie actor, gave a good performance as Leo. Angeli Nicole Sanoy was memorable as Macha, Aries' best friend. Boots Anson-Roa as Norma's grandmother was lovable. Yayo Aguila was effective as Norma's mom.

The movie is not 100 percent GV. In fact, if you cry easily like I do, I suggest you bring some tissue. But even if it's not all happy and dandy, the film still left me in a good mood.

The only problem I had with the movie was this minor detail: when Aries found a way to make his car electromagnetic-wave-free by wrapping his car in aluminum foil, he and Macha took Norma out for a drive to a cliff, but on the way, they had their windows down. How come Norma didn't get sick? And if they were sure she wouldn't get sick, how could they have known that the area was a dead spot?

"The movie has a certain freshness to it. I was surprised that the actors whom I consider to be newbies could all act well. I also liked the lines about love. Although cliché, they were used at the right time. My favorite scene was the one where Norma, Macha, and Norma's mom were at the bridge. It made me remember how pure love can be." —Michelle

Anyone who is in need of some good vibes this week!