An Honest Review Of 'While You Were Sleeping'

I saw Lee Jong Suk and Bae Suzy in a whole new light. 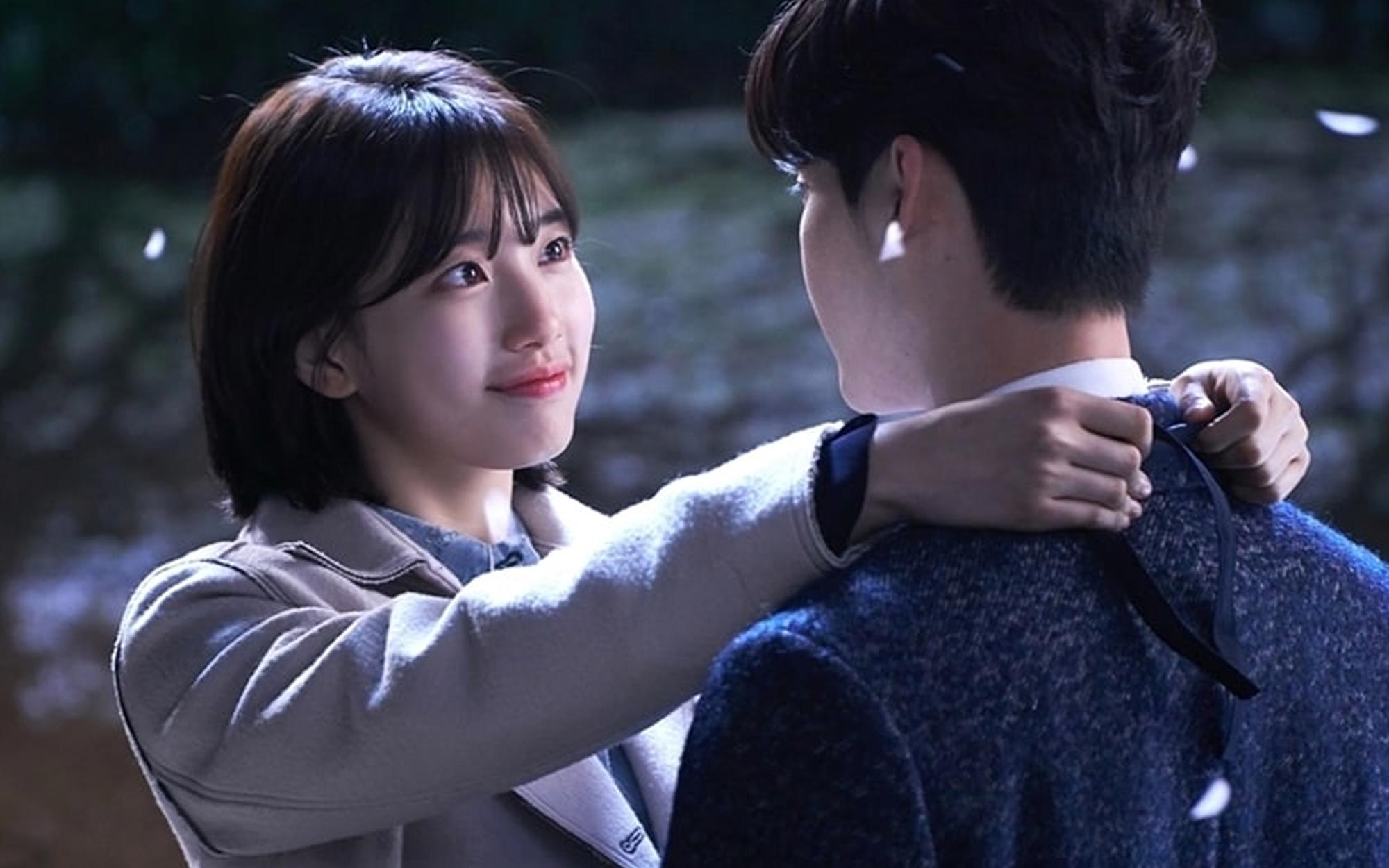 No, it's not a Korean adaptation of Sandra Bullock's movie.

Nam Hong Joo (played by Bae Suzy) has always had the ability to dream about the future—hence the title While You Were Sleeping (WYWS). Most of the time, her dreams serve as warnings about future unfortunate events, and her biggest frustration about having this gift is not being able to change the outcome of the dreams when they happen IRL. She can warn someone about an accident, for instance, but in the end, the accident still happens.

That's until she met Jung Jae Chan (played by Lee Jong Suk). The rookie prosecutor develops the same ability as Hong Joo's but some inexplicable reason, he's able to help change what Hong Joo sees in her dreams.

The first time it happens is when Hong Joo is still in a relationship with a lawyer named Lee Yoo Bum (played by Lee Sang Yeob). The latter—who happens to be Jae Chan's childhood friend—is revealed as a despicable attorney who cares more about winning rather than upholding the law.

Eventually, the characters get caught in more unexpected but seemingly fated incidents. Later on, the couple ends up being friends with a policeman named Han Woo Tak (played by Jung Hae In), who later on becomes instrumental in their fight to stop horrible future events.

Hong Joo and Jae Chan are destined to be in each other's lives—but various characters like Woo Tak and Yoo Bum are part of their twisted destiny. Their story is riddled with deaths, crimes, and other dark themes, but their ~*extra*~ personalities defy each challenge thrown their way. Fair warning: The plot twists will leave you with So. Many. Feelings.

She played the lead female role Noh Eul in Uncontrollably Fond (2016) and starred in her first solo reality show Off The Record: Suzy earlier this year.

His most recent notable—though minor—role was as "Oppa" Tae Hee, the first love of Ji Eun Tak in Goblin (2016-2017). Aside from this, he has also played minor roles in other dramas (We're betting he's going to get a lead role soon).

He played An Joon Young in the drama My Wife's Having an Affair this Week (2016), where his cheerful character was waaay different from his role in WYWS. He also had a few appearances as Kim Woo Jin in Doctors (2016).

She had a special role as the first love of Hwa Shin and Jung Won (lead characters) in the drama Jealousy Incarnate (2016) and played other minor roles before.

The veteran actor has played various remarkable roles like Bong Soon's sassy senior in Ainsoft-slash-gangster in Strong Woman Do Bong Soon (2016) and a terrifying suspect in Criminal Minds (2017).

The lead characters were definitely commendable. I didn't like Suzy in Uncontrollably Fond (2016) because her acting seemed so hilaw (I haven't seen her in her older dramas, though). I never gave Lee Jong Suk's dramas a chance before because I didn't get his appeal. But as I was watching WYWS, I thought Suzy's acting immensely improved! Eventually, I also understood how Lee Jong Suk's pa-cute ways and intense looks can get you hooked.

There's also the super cute, extra hot, and totally gorgeous Jung Hae In who took "second lead syndrome" to a whole new level. As if being a man in uniform wasn't hot enough, he showed what was underneath the uniform, too: a charming personality… Okay, and perfectly sculpted abs, OMG!

The entertaining supporting cast also deserves a special mention—especially Lee Sang Yeob and Kim Won Hae! They made each episode so amusing, and they knew how to get your blood boiling or to tickle your funny bone.

But it's the production and storytelling that I admired most about the series. Each setting was carefully thought out, and every plot twist was revealed so marvelously. At one point, it was so thrilling that I wanted to squeal and cry as I was watching an episode while riding a jeepney. There was a balance of action, romance, fantasy, and comedy. It didn't try too hard, and overall, it was still a feel-good series that didn't leave your heart breaking.

"As a new fan of K-dramas, I was really intrigued when I saw the promotional poster for the first time. It reminded me a lot of Goblin aesthetically. When I first heard the title, I assumed it'd be a Korean adaptation of Sandra Bullock's movie. LOL! Sobrang hindi pala. The concept is really unique! I'm not a huge fan of the leads—no hate, I've just never seen them in anything—so I really stuck around for the plot. It's heavy, but thankfully, each episode ends with some resolution. It also makes you want to keep going. It covers most of the genres: thriller, mystery, romance, comedy, drama! And I'm so impressed by how the story ties everything together, down to the last freaking scene, you guys. I'd recommend it to ANYONE, which says a lot." - Ysa Singson

"The writer of the story is a genius!!!" - Mariella Lao

Anyone who's looking for a feel-good series but wouldn't mind the suspense and the whirlwind of emotions.

Catch the complete episodes of While You Were Sleeping on Viu.