An Honest Review Of 'What's Wrong With Secretary Kim?' 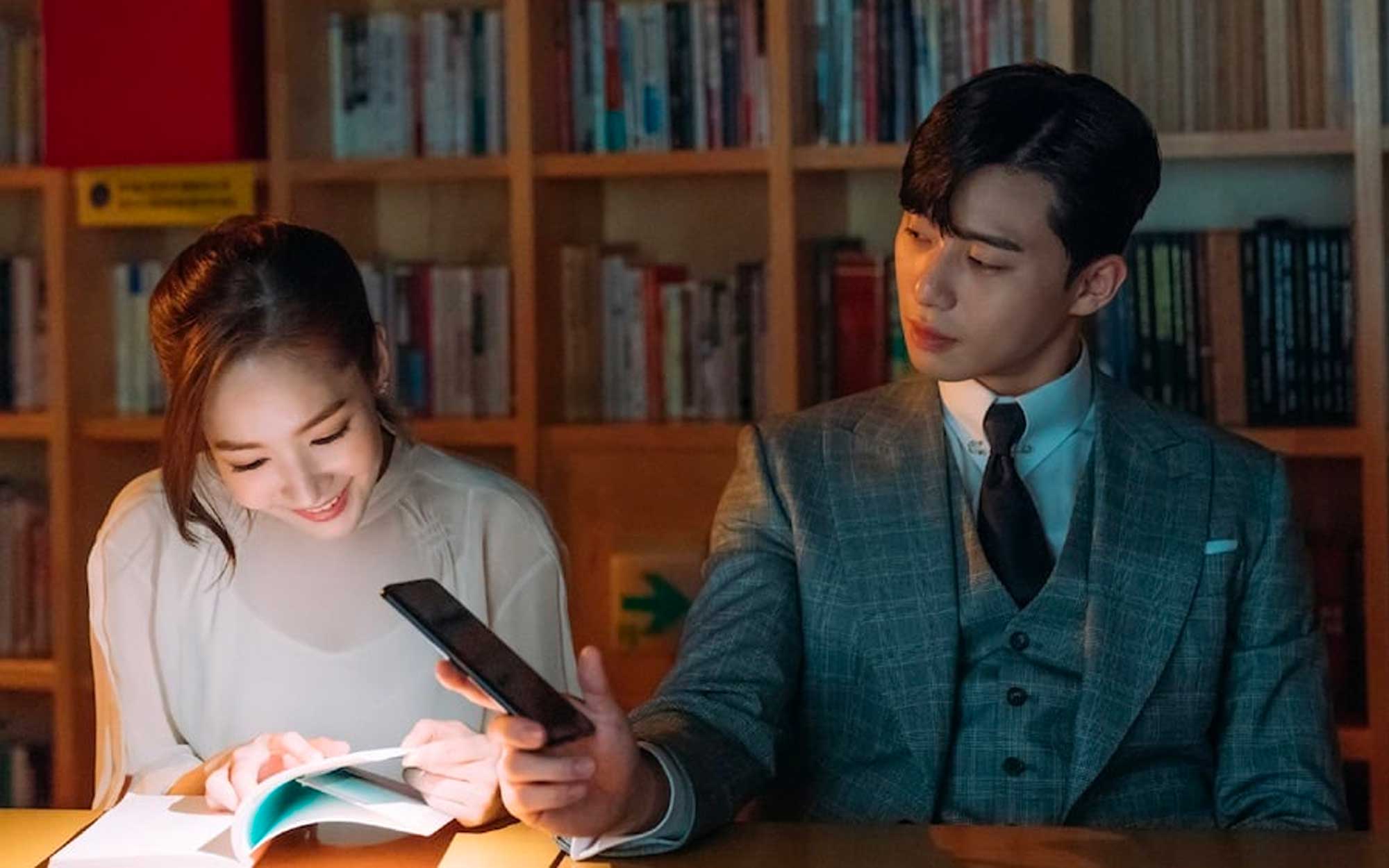 Park Seo Joon's character is literally quite close to perfect.

Kim Mi So (Park Min Young), a diligent woman in her late 20s, finally conquers her financial struggles and decides to quit her job as a secretary. She's been working straight after high school to help her dad (a musician with unstable gigs) with his debts and her older sisters with their student loans. For nine years, she's served as the secretary of the vice chairman of a merger-acquisition corporation.

Her boss, Vice Chairman Lee Young Joon (Park Seo Joon), can't fathom why she'd want to resign. Why would she even consider it when she's working for such a perfect man (or so he claims)? He's handsome, physically fit, competent, and filthy rich. He's even a certified genius who knows several languages and easily comes up with highly profitable company strategies. And he believes his ~*aura*~ is TDF. Sure, he's strict AF and doesn't give employees a second chance, but he believes he's always been a good boss to Mi So.

He urges his secretary to stay and does all sorts of grand gestures—until they realize it wasn't about the job anymore.

A hardworking woman who kicks ass at her job as a secretary for a major company's vice chairman decides to resign. While spending her last few weeks in the office, she discovers several things about herself and about her boss, who seemed repulsive at first. Spoiler alert: He was not just some narcissistic chaebol. He's literally quite close to perfect.

Before WWWSK, the in-demand actor most recently starred in the movie Midnight Runners (2017) with Kang Ha Neul. His last K-drama series was Fight for My Way (2017) with Kim Ji Won (Ae Ra in the drama) as his leading lady. (From struggling millennial to vice chairman real quick! LOL!)

The gorgeous actress was part of the cast of the Netflix Original Korean variety show, Busted! (2018). Her last K-drama before WWWSK was Queen for Seven Days (2017) with Lee Dong Gun and Yeon Woo Jin.

This memorably candid actor plays as an executive in the company and VC Lee's only confidant. You might recognize him as Bok Joo-samchon who helps in his brother's chicken shop in Weightlifting Fairy Kim Bok Joo (2016). He also played a chicken shop owner in While You Were Sleeping (2017). He also fulfilled the role of CEO and childhood best friend of the lead guy in I Am Not a Robot (2017).

The cute actor, who plays Young Joon's older brother, had several supporting roles in K-dramas. You might recognize him as Seo Do Yoon, Kang Chul's bodyguard and guy best friend in W: Two Worlds (2016).

"The ~*aura*~ of each character is flawless. It was fun to watch! The plot of the story is simple yet still interesting that you can't wait until the next episode." —Yela Lao

"I like how What's Wrong With Secretary Kim? isn't your usual rich boy-poor girl story where their biggest hurdle is the former's parents. I also *finally* understand Park Seo Joon's appeal in this series—Lee Young Joon is cuter and more relatable compared to Ji Sung Joon in She Was Pretty, IMO." —Paulina Paras

"It surprised me how I'm so in love with this drama now. Before I started watching, wala akong masyadong expectations because when I expect too much from a drama, it usually ends up disappointing me (ex. The Great Seducer). I know that both PSJ and PMY are sunbaenims in the K-drama scene, but I was doubtful about their chemistry at first. But now that I'm 14 episodes in, their chemistry is beyond my imagination (LOL but true). There's so much warmth sa mga tinginan and lines nila. I also love how the drama tackles Kim Mi So's sacrifices and her finally wanting to find and pursue her true happiness (and Mr. Lee supporting her)." —Trina Elefante

I had big expectations on What's Wrong With Secretary Kim?, TBH. I went crazy the last time PSJ was in a rom-com. I would've been so crushed if, after a yearlong wait, this wasn't as awesome as Fight for My Way. I doubted the new love line because of the epic Dong Man-Ae Ra, but I believed that WWWSK's leads (and plot) can be lovable.

Oh. My. K-drama gods. WWWSK turned out to be such a delight to watch! Every episode ended with a cliffhanger that made you hate yourself a little for watching the episodes right after broadcast. (Non-sadistic people wait until the whole series is over or at least when they have a stash of episodes). I ended up rebooting my premium streaming subscription at its full cost—NO REGRETS!

Seo Joon as Lee Young Joon was the king of kilig and entertainment, as usual. But it was so refreshing to see him play a chaebol role far from his recent previous characters where he was a peasant, a broke young man, and a policeman-in-training coming from a poor family. (Okay, he was Mr. Rich, Bossy Pants in She Was Pretty, but I didn't really like him then and only had eyes for Kim Shin Hyuk, played by Si Won. LOL!) This time, Young Joon's wealthy, narcissistic, and perfectionist "aura" was convincing, but Seo Joon's trademark charm peeked through his character's self-absorption several times. Mr. Lee seemed like a jerk at first, but he sneakily makes you fall in love.

Min Young as Kim Mi So was surprisingly charming. She was such an OC workaholic who rarely let loose, but she was so cute and funny even when she was maintaining her pristine image. (Can I just say also how tropical climate-friendly all her clothes were? I would love to buy her outfits—especially her cute and comfy-looking loungewear!)

The very comical minor character complemented her and PSJ really well, too! I must say, I'm torn between Park Yoo Sik and Mr. Yang as my favorite. I would watch some episodes while riding public transportation going to work or going home, and I would always barely stop myself from giggling like a fool when there are scenes with those two characters. They're both such cute hopeless romantics, too, so expect kilig from them!

Overall, I'm really heartbroken—because the series is over and I don't know when a next great one like this will turn up again!

Anyone up for a good laugh, anyone looking for a pick-me-up especially when things get crazy at work, and anyone open to all kinds of ~*romance*~.

Catch the complete episodes of What's Wrong With Secretary Kim on Viu!