You might remember a time in your life, back in 2005, when you had very, very strong feelings about Jennifer Aniston and Brad Pitt's divorce. Well, get ready to have all those feelings come rushing back, because apparently they're FRIENDS NOW, according to Us Weekly.

Yeah. Take a second if you need it. This is quite shocking news.

So basically, Brad showed up to Jen's 50th birthday party this weekend, and people on the internet were shook. Come to find out it wasn't that weird for him to be there, because they've been friends for the last three years. THREE YEARS.

Here's how they reconnected: About four months before Brad and Angelina Jolie announced their split in 2016, Jennifer's mom passed away, which prompted Brad to reach out.

“Brad contacted Jen after her mom died, and she was touched that he knew what a difficult time it was,” the source said. 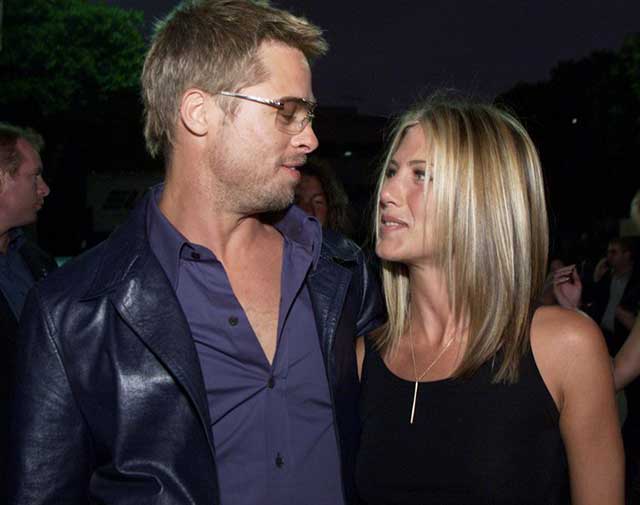 They've been getting close ever since, especially in the wake of their respective breakups. Jen apparently even offered to be a character witness in Brad's custody battle with Angelina, which is truly the most mature thing in the world.

"Brad wishes he'd handled the end of their marriage in a more thoughtful manner. He asked for Jen's forgiveness a long time ago, and she gave it," the source said.

As for the party this weekend? Brad was a little iffy about attending, the source said. "Brad seemed very hesitant [at first]—all eyes were on him." But eventually, he got comfortable and enjoyed himself. "Brad wanted to support and celebrate Jen by attending her birthday party."

And! She called him the day after the party to thank him for coming.

Now would probably be a good time to grab your inhaler if you're having trouble breathing.