When Jessy Mendiola posted an Instagram selfie on March 11, 2019, a commenter advised her to admit she "stole" Luis Manzano from his ex-girlfriend Angel Locsin so as for everyone to have "closure" about the issue. 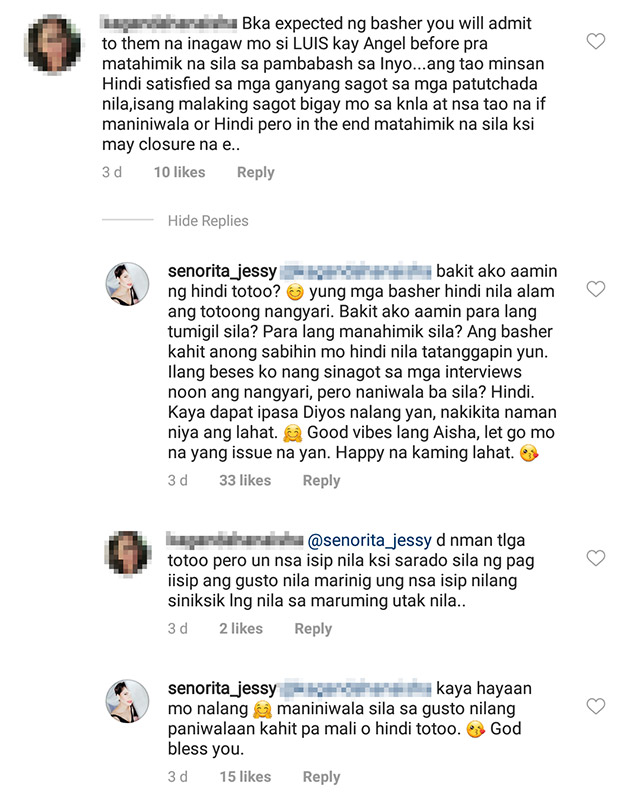 Rumors of Luis and Angel's breakup surfaced in January 2016, and in June 2016, Luis announced his new relationship with Jessy. This caused fans to say that Jessy "stole" Luis from Angel, but he insisted that it had already been five months since his break up with the actress. Jessy also claimed that Luis only started courting her in May.

In an interview with ABS-CBN, Jessy was in tears when she said, "You know, honestly, if it were true, I wouldn't be here right now facing you guys. For me, it was clear that they broke up already when Luis started courting me. Babae ako, it happened to me before. I wouldn't do that to any other girl."

At present, Angel is also in a happy relationship with film producer Neil Arce.