Jiro Manio Back In Rehab For Being 'Chronically Ill' 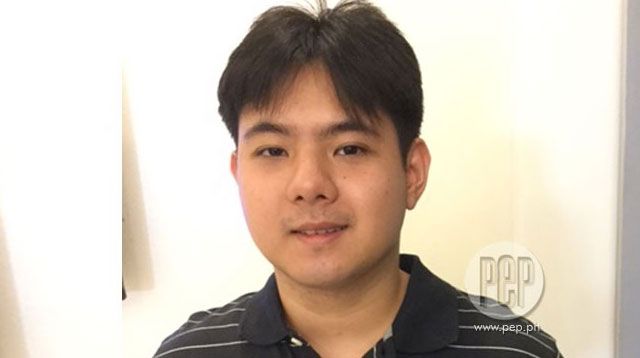 1 Former child actor Jiro Manio has returned to rehab, Sancho delas Alas confirmed to PEP. Jiro, who is under the care of Sancho’s mother, actress Ai Ai delas Alas, is back in rehab not because of drug relapse, but because he is no longer in a stable condition. “Chronically ill na po si Jiro, e,” Sancho explained. “Kumbaga, hindi na po talaga siya maka-recover.” Sancho also shared that Jiro has had workshops to help him heal, though he can only express anger and not any other emotion. According to Sancho, Jiro has also been exhibiting strange behavior: “Parang, napag-usapan na namin ito unang beses, tapos babanggitin niya ulit—pangalawa, pangatlo, pang-apat.” Jiro, who has two children with a non-showbiz woman, first entered rehab in 2011.

2 Were Kathryn Bernardo and Daniel Padilla in Subic over the weekend? Netizens seem to think so! The actress posted a photo on Instagram of her and Daniel with friends on a yacht, enjoying the sea and the salty breeze.

3 Maja Salvador went on a little getaway with friends, too! The actress was in Hong Kong rocking some really cute cold-weather ensembles, including a casual get-up featuring white Stan Smiths which she wore to Disneyland.

4 Kesha has lost her court battle against record producer Dr. Luke, whom the singer accused of sexually abusing her. On February 19, Friday, a Supreme Court judge denied the singer's plea to allow her to make music outside of her contract with Sony Records and Dr. Luke. Support for the singer was immense, with Ariana Grande, Lady Gaga, and more famous names taking to Twitter to reach out to Kesha. (CNN)

There are people all over the world who love you @KeshaRose. And I can say truly I am in awe of your bravery.

I send you love ?? @KeshaRose

5 Are you still on a Deadpool high? Ryan Reynolds, masquerading as the mischievous anti-hero, released a hilarious video clip explaining why you won’t be seeing him hosting Saturday Night Live any time soon. He also poked fun at Kanye West, LOL! (Billboard)