Ever since Chris Brown was released from police custody yesterday following an arrest for an alleged rape, he's been taking to social media to try to clear his name. Justin Bieber, a longtime friend, seems to support him in doing so.

And Justin commented, "No one can touch you ur the GOAT." The receipts: 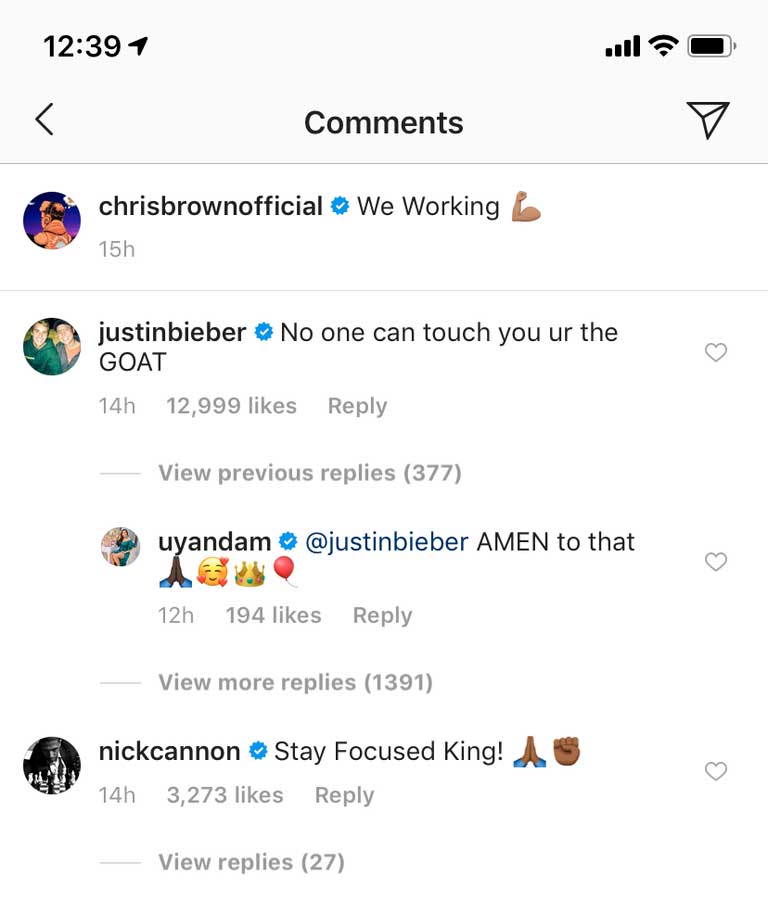 The comment, which implies that Justin believes Chris over a potential rape victim, is getting him major hate on the platform.

"Justin you missed the incredible opportunity to stay silent," one commenter wrote. "The fact that you're supporting a rapist, a known abuser, makes me sick to my stomach. I looked up to you, and this is honestly so disappointing.... Please educate yourself on the topic," another said. And another person simply wrote "JUSTIN NOOOOO." Basically, he's getting dragged.

Putting aside Chris' most recent run-in with the law, the commenters raise a good point about his previous history of violence. According to the New York Times, a woman sued Chris back in May, alleging that he held her against her will while she was raped. He was accused of punching a photographer in 2017. In 2016, he was arrested on charges of assault with a deadly weapon. And most famously, in 2009, he pled guilty to felony assault against his then-girlfriend Rihanna.

Last time I checked, domestic abuse charges and other allegations of violence don't make you the "GOAT," but okay Justin.