A 4-carat pink oval-shaped diamond with 8 white diamonds around it!
by Emma Baty | Feb 18, 2019
Post a Comment
Featured

Katy Perry and Orlando Bloom did a super cute thing and got engaged on Valentine's Day. As with most celebrity engagements, someone had to ask the very important follow-up question: How much did that thing cost?

An expert spoke to E! about it, giving a crazy-large estimate. "Katy's unbelievable engagement ring from Orlando Bloom would retail in the range of $5 million," Andrew Brown, the president of WP Diamonds, said. "What looks to be a four-carat fancy vivid pink oval shaped diamond arranged with eight white diamonds around it to assemble a flower 'in bloom'—this ring is truly one-of-a-kind and wildly valuable."

DAMN. Okay, Orlando. We see you.

Just to add some context to this dollar amount, here are some other celebrity engagement ring costs. Hailey Baldwin's ring from Justin Bieber? That cost approximately $500,000. Orlando could have bought ten of Hailey's ring. 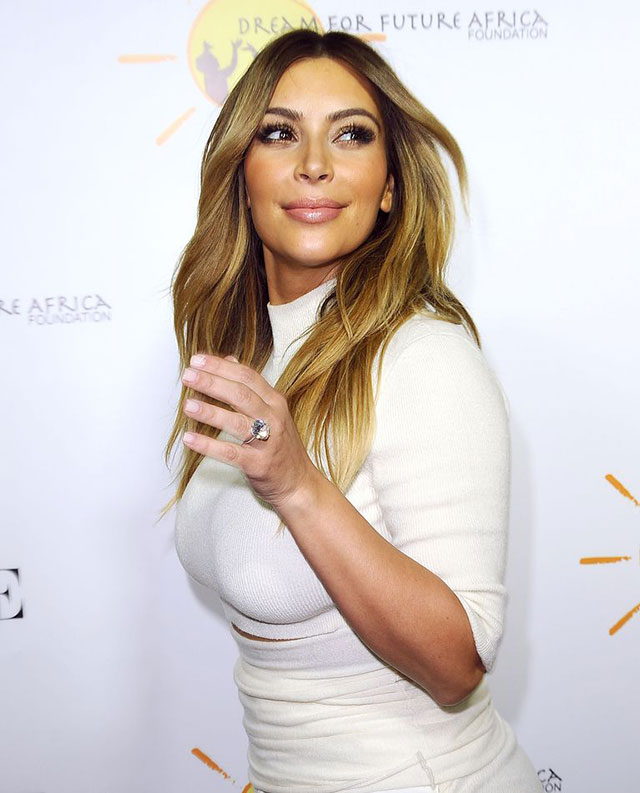