KC Concepcion revealed that she's seeing a new guy, and her parents like him. "Non-showbiz siya and mahal siya ng pamilya ko, and I think nagkakasundo kami ng pamilya niya," she said. She also shared that although he's a foreigner, he is "pusong Pinoy." We're happy for you, KC! (ABS-CBN News)

Have you been playing Ariana Grande's new song "God Is A Woman" on repeat? Or re-watching her music video? Well, let Ari bless your day with BTS of her music video shoot!

Jason Abalos and girlfriend Vickie Rushton are in the United Kingdom for a quick vacay. They visited famous landmarks like Mayfield Lavender Farm, The Notting Hill Bookshop, The London Eye, and The Beatles Abbey Road Crossing. (GMA Entertainment)

ICYMI, beauty vlogger Anna Cay uploaded her latest mukbang video! She can be seen enjoying trays of green mangoes, lanzones, and santol. Yep, they're all sour! According to her, she bought the fruits online because she was craving them so much!

Too tamad to swatch all the lipstick testers in the counter? Then you'll be glad to hear that Esteé Lauder just launched their In-Store App! It allows consumers to play and virtually try on 30 lip shades in 30 seconds, and learn easy and simple techniques through in-app tutorial videos—all with just a swipe of a finger! 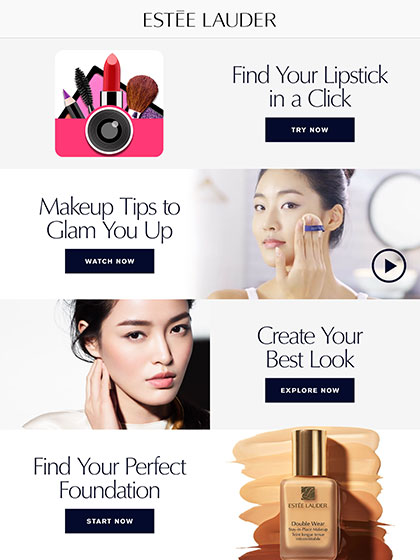