Kendall Jenner Reveals Her Dream Wedding—And It Might Surprise You

Spoiler alert: she doesn't want a castle in Florence like Kim!
by Dusty Baxter-Wright | Oct 3, 2018

While you can usually rely on the Keeping Up With The Kardashians to don their extravagant OOTDs and invite a full glamsquad over before an event, Kendall Jenner has been discussing her dream wedding—and it's probably not what you'd expect.

When Kim Kardashian married Kanye West in May 2014, no expense was spared and it was as glamorous as you'd expect. There was a wall of white flowers, a 16th-century-era fortress in Florence (yes really), a Givenchy gown for Kim and a 15-carat engagement ring. 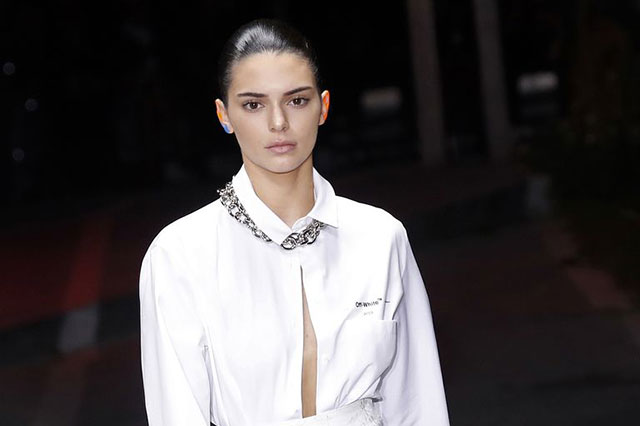 But in the latest episode of KUWTK, Kendall insists she's not interested in any of that, instead hoping for a "spur of the moment" ceremony at the city hall.

"I literally want to run to the city hall and get married and just be like 'F*ck it, let's go right now,'" she revealed to celebrity hairdresser Jen Atkin on Sunday. "Just like, spur of the moment."

The hairdresser then encouraged Kendall to wait until she was older to tie the knot—"That's why I think you shouldn't get married until you're like, in your late 20s. Who knows, you might not even want to get married. Your generation is probably going to be like, 'Ugh, marriage is so old-fashioned.'"

Kendall shot back: "No, I want to get married."

Now that is a wedding dress we're already excited about.