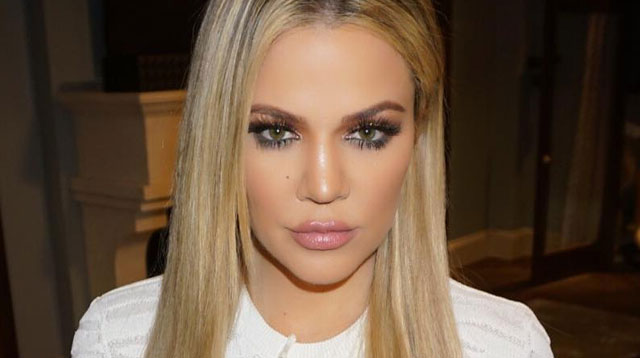 The basketball star was found unconscious in a Las Vegas brothel in October, and spent months in hospitalization as he recovered from kidney problems and a series of strokes. He was released from the hospital last month, and Lamar appeared to be well enough to travel from Los Angeles to the Big Apple with Khloe to join the rest of the Kardashian-Jenner clan as they supported Kanye during the debut of his Yeezy Season 3 clothing collection and world premiere of his much-anticipated album, T.L.O.P. [The Life of Pablo].

Lamar was in the stands at the Madison Square Garden event, the same arena where the New York Knicks—the last NBA team he was signed to—call home.

According to Us Weekly, Lamar was led to his seat by Kanye and he sat down next to Khloe as the venue filled with cheers and applause for the recovering athlete.

During the fashion show, hundreds of models in West's designs flooded the center of the arena, and as the rapper played his new song “Famous,” supermodels Naomi Campbell and Veronica Webb made a surprise appearance, both wearing all-black jumpsuits and long black fur coats.

As Kanye got behind the turntables to play his new album, which reportedly features cameos from Frank Ocean, Rihanna, and Swizz Beatz, he was surrounded by hip-hop pals such as Pusha T, 2 Chainz, and Travis Scott.

Describing his record to the sold-out crowd, Kanye said, "This is really a gospel album... and this is something that couldn't have happened without God holding me down... It's been a struggle. I feel so happy, I feel so much joy to create music without people s**ting on me... and I thank my wife and family for supporting me."

Towards the end of the show, Kanye paid tribute to his late mom Donda West, by showing footage of a video game featuring her flying through heaven.