Kim Kardashian Is Filming 'Keeping Up With The Kardashians' Scenes Again

A camera crew was spotted with her at the Kanye West show in L.A.
by Peggy Truong | Oct 31, 2016
Post a Comment
Featured

Kim Kardashian has been spotted in public for the first time in weeks since her terrifying robbery in Paris, where a group of men took $10 million worth of jewelry. Last week, Kim made a low-profile arrival to Kanye West’s Saint Pablo show at the Forum in Los Angeles, along with Kourtney Kardashian, Kendall Jenner, and mama Kris Jenner. Other celebrity guests included Halsey and Katy Perry, who shared several Instagram videos during the show. 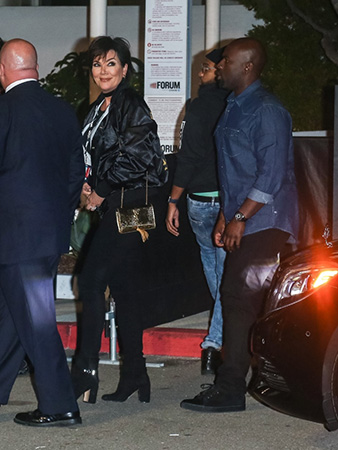 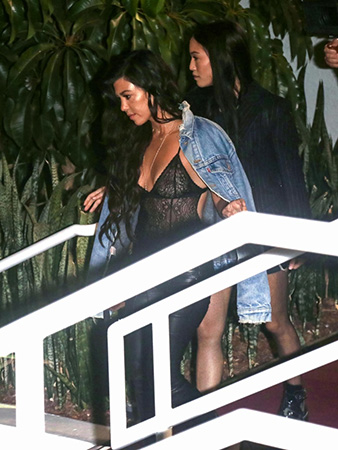 Also at the show: a camera crew from Keeping Up With the Kardashians, which is currently filming for the show’s 13th season. The show recently resumed production after being “on hold indefinitely” following Kim’s robbery. On Oct. 19, cameras were spotted tagging along with Kourtney and Kris as they celebrated Kourt’s new role as the global brand ambassador for Manuka Doctor. An E! spokesperson tells Just Jared that “full production has resumed” on the show. KUWTK recently wrapped filming for season 12.

Unlike previous outings to Kanye concerts, Kim remained silent on social media Tuesday. She’s refrained from posting anything on Instagram, Twitter, and Snapchat since the robbery. Her website is currently being maintained by close family and friends. While no arrests have been made, Paris Police Chief Christian Sainte recently told Vanity Fair that he is working with the elite Paris crime unit La Brigade de Répression du Banditisme and is “very confident” in solving the case.