What Liza Soberano Has To Say About That Boob-Grabbing Photo 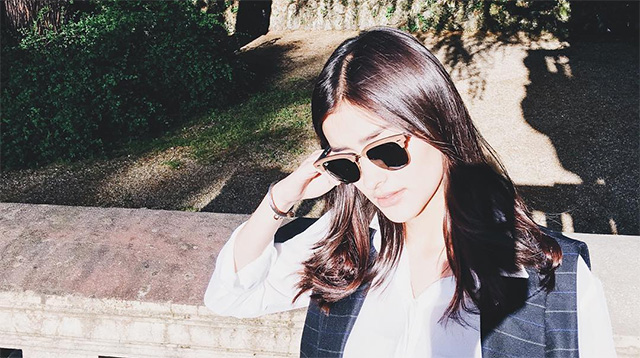 1 Liza Soberano finally spoke up about the viral photo of her onscreen partner Enrique Gil allegedly boob-grabbing her during a shoot at the University of Sto. Tomas. Liza stresses that the issue was blown out of proportion and that a pic taken from another angle of the incident clearly shows that Enrique was not touching her chest. Liza says, “I don’t know why kailangang lagyan ng malisya. He was just protecting me from people grabbing. Kasi whenever we go on tours or something, there are a lot of people. They tend to grab me in my chest area, he was just covering me from them.” (PEP.ph)

3 Victoria Beckham gave her hubby David Beckham a ton of presents for his 41st birthday! David poses with all his wifey’s gifts for him in an IG post. In her caption, Victoria calls David her ‘soul mate.’ Too cute!

4 We’re still not over Georgina Wilson’s beautiful English wedding to Arthur Burnand over the weekend! George shared a clip of her walk down the aisle with her father Robert Wilson. She looked absolutely STUNNING as she marched along to Pachelbel’s “Canon in D.” CLASSIC!

5 The 2016 MET Gala (aka the Oscars of fashion) is happening right now at the Metropolitan Museum of Art in NYC. With this year’s theme being Manus x Machina: Fashion in an Age of Technology, here’s our fave Kendall Jenner absolutely SLAYING it in a cutout Versace gown. DAMN, GIRL. (Just Jared)