A lot of netizens have been asking why Maine Mendoza hasn't been seen on Eat Bulaga lately, giving rise to speculations that she has been taken out of the noontime show.

However, one of the producers of Eat Bulaga clarified that Maine's schedule actually prevents her from attending the GMA-7 noontime show.

Malou Choa-Fagar, one of the executives of Television And Production Exponents Inc. (TAPE), posted a group photo of the Eat Bulaga Dabarkads during their recent trip to Petra, Jordan.

Malou responded by replying, "We did not take her out. It's her sked that does not permit her to attend the show."

Showbiz reporter Allan Diones also asked Malou the whereabouts of Maine, who was previously seen with the Eat Bulaga team in Israel, and responded, "Back to Manila yesterday. May shoot." 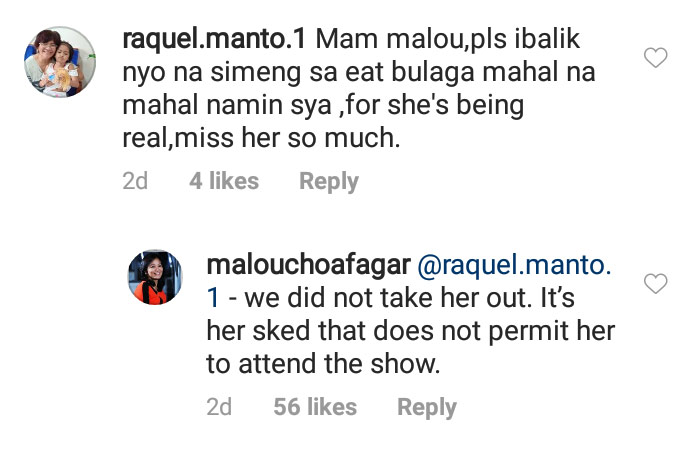