Meghan Markle Doesn't Know Which Of Her Friends She Can 'Trust'

Welp, turns out Meghan Markle is having some inevitable trust issues thanks to the fact that her friends and family can't stop/won't stop leaking stories to the press. People reports that the Duchess has had to tighten up her friendship circle since her marriage to Prince Harry, with a source claiming she's "lost touch with some of her close friends from before the wedding, which has been tough."

The source adds that "she's finding it hard to know who to trust," but clearly topping the list of people the Duchess does stay in touch with is her best friend and stylist Jessica Mulroney, who she recently visited in Canada. 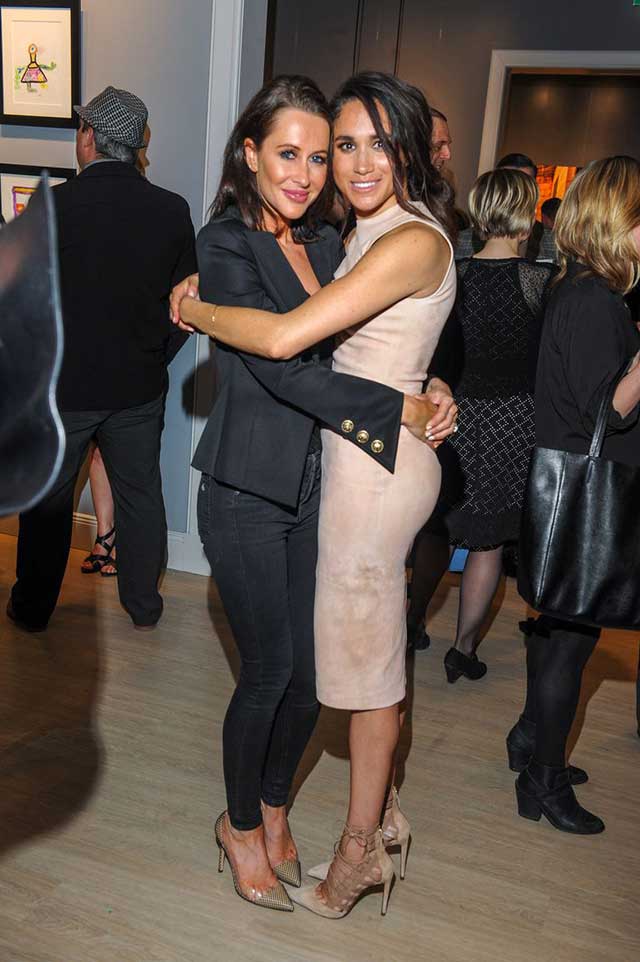 People also reports that Meghan's having a hard time dealing with the drama surrounding her dad and sister, who have taken to giving interviews about her and—in the case of Samantha Markle—trashing her on social media. "It was very wearing on her," the source says. "It's her private life."

Meghan's life is about to become the exact opposite of private thanks to a suuuuuper long and suuuuper public royal tour, which will put her in the spotlight literally every day. Find out more details on that whole ~thing~ over this way.