Prince Harry and Meghan Markle, one of the most PDA-filled couples in royal couple history, had another adorable couple-y cutesy moment at the Sentebale charity polo match today.

After the actual match, the winners (including Harry) got on the podium to accept their trophy. Here's the play-by-play.

First, Meghan actually grabbed the trophy and brought it over to this guy, who's actually a professional polo player. The look on her face says "Wow, my man just won a POLO MATCH for CHARITY. I am the LUCKIEST." 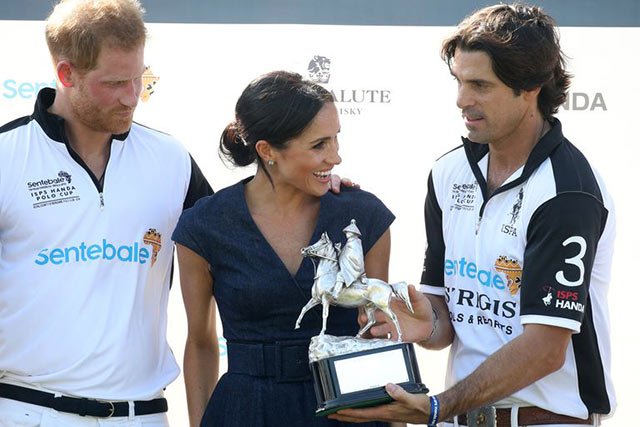 Then, she turns to Harry. She leans in... 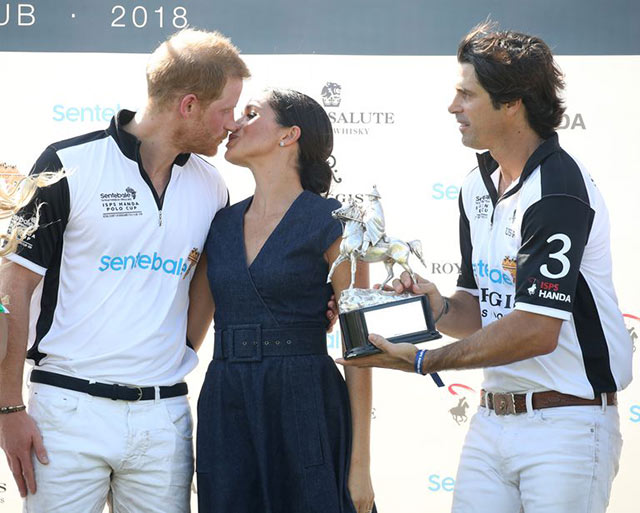 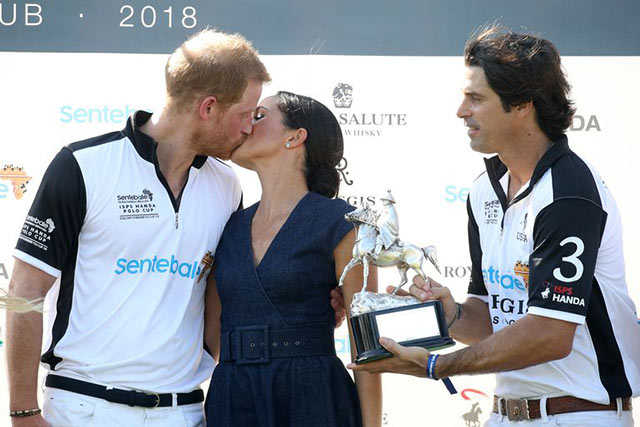 THEY'RE SMOOCHING. They're locking lips. They're making out. You almost want to hate them for how damn cute they are but you really can't because they're just so fricken great as individuals, you know?

That guy's just standing there awkwardly like "lol, do you want this trophy, tho?" 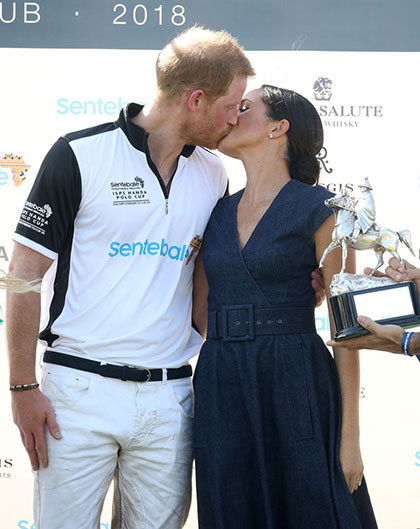 But also... I'M OBSESSED. I feel so many things about it at one time.

If you watch the clip of the actual exchange it's a little cringey but it DOESN'T MATTER because they're perfect.

William and Kate tend to shy away from PDA because while it's not technically against any royal protocol, it's generally frowned upon. Harry and Meghan don't care though! They're just making out whenever they get the chance! Jk jk. They just hold hands a lot.

All of this is to say, keep doing you, you crazy kids! Never change! You're melting cold, cynical hearts the world over! Okay, bye.