Of Course Meghan + Harry Are Already Whipping Out The PDA

Just three days after newlyweds Meghan Markle and Prince Harry tied the knot, the couple made their first post-wedding appearance at Prince Charles' 70th Birthday Patronage Celebration at Buckingham Palace Gardens. After Harry gave a witty speech in honor of his father, Meghan planted a hand right on the small of her new husband's back as if the world wasn't watching—LOL.

Above, Meghan places an open palm on Prince Harry's back, then transitions her hand to the crook of his arm. Her gesture shows support and guidance, according to body-language expert Blanca Cobb. "It's sending a sign to the world, 'he's mine.' There's a lot of intimacy there." 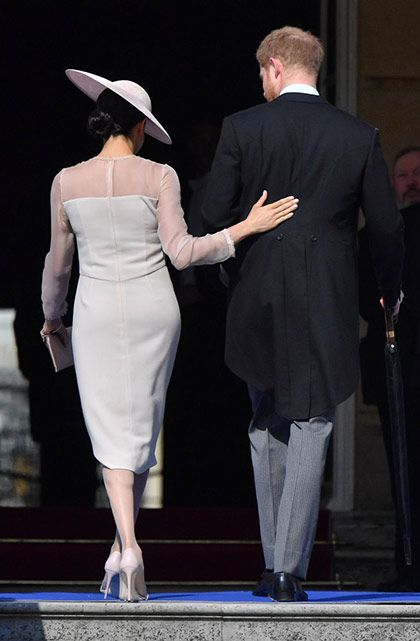 Cobb is referring to the path of Meghan's hand: It moves from Harry's upper back toward his lower spine, stopping shy of his butt. "It's flirtatious," she says.

Compared this to the PDA of Kate and Prince William, who missed the event to attend a tribute service for the victims of last year's Manchester bombing. The older royals barely touch in public, let alone hold hands. 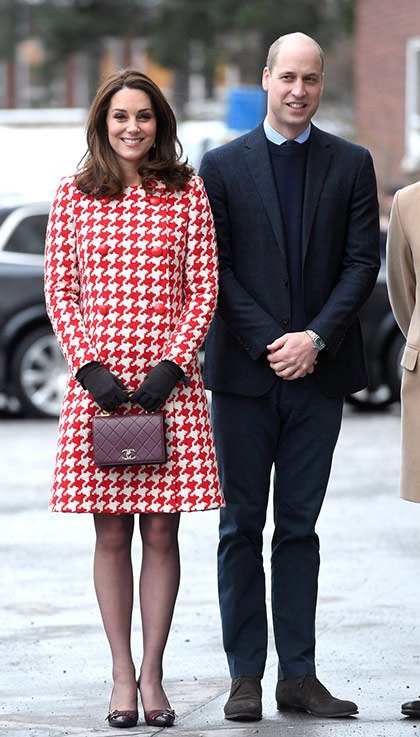 "When you look at royal etiquette, there's very little room for touching," Cobb says. "Harry and Meghan march to the beat of their own drum. It's not inappropriate. It's not scandalous. It's they're way of saying, 'I love you' without saying a word."