Meghan Markle's wedding dress has finally been revealed! So we, along with the rest of the world, can now feast our eyes on the gown that has kept us all in suspense ever since Prince Harry and Meghan became engaged.

Today, as Meghan Markle arrived at St George's Chapel at Windsor Castle, we got our first look of her stunning wedding dress and the new Duchess of Sussex. 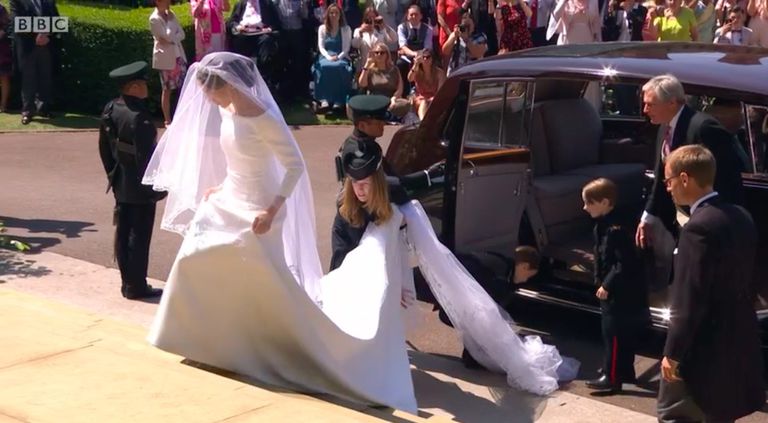 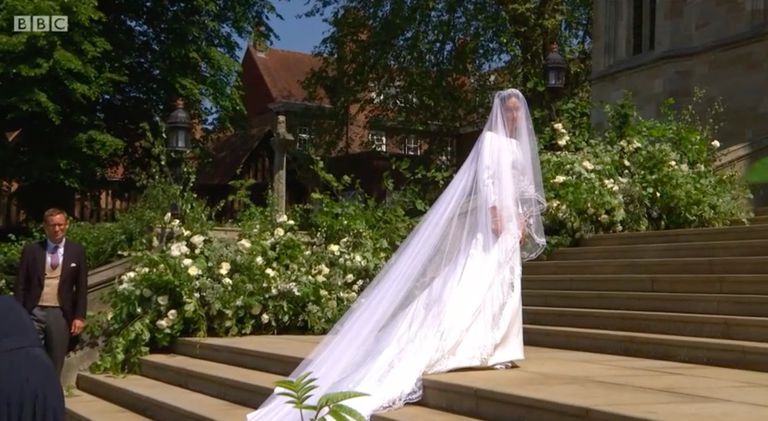 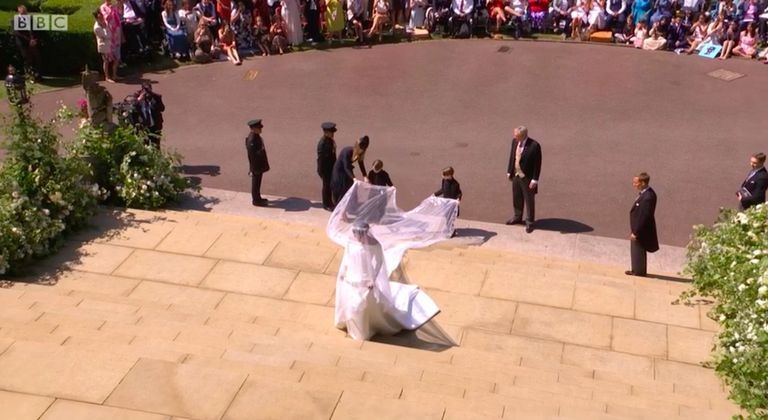 Sticking with her signature classic style, Meghan's demure long-sleeved dress was understated, but her incredibly long veil made for a beautifully dramatic entrance. She paired her veil with an incredible tiara, which is thought to be the Queen Mary Tiara Bandeau, on loan from the Queen herself. 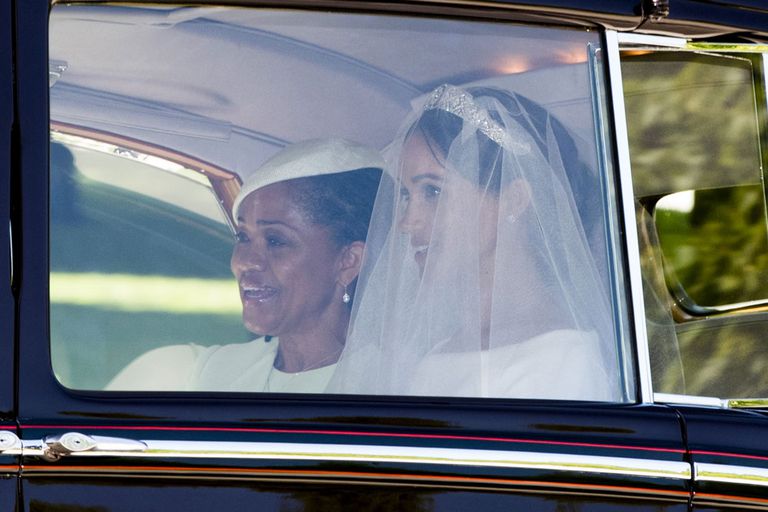 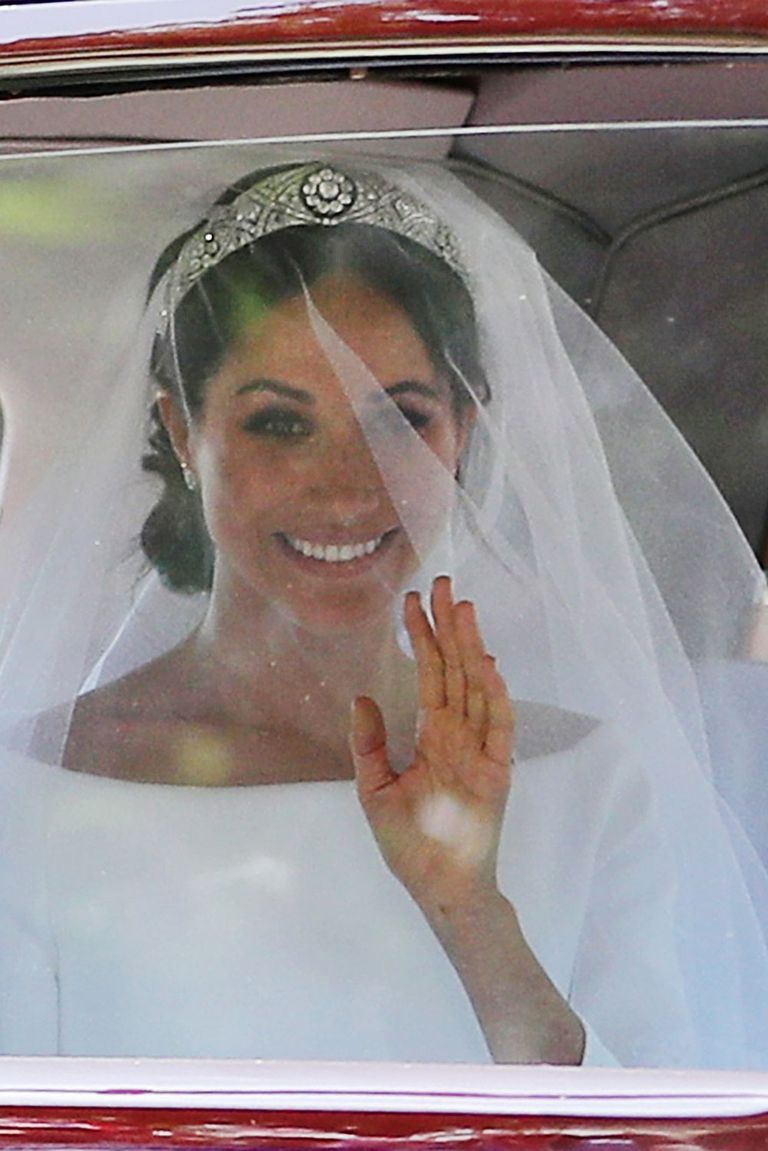 The dress is a huge departure from Meghan Markle's first wedding dress for her 2011 nuptials to Trevor Engelson. That was simple, strapless and beachy—a perfect choice for the Jamaican setting. As was expected, her royal wedding dress is a lot more dramatic (and probably more expensive). It also looks nothing like her TV wedding dress on Suits.

While this gown no doubt cost a fair few bucks, it is thought that her dress will have cost less than the Duchess of Cambridge's (aka the future Queen Consort), which set her parents back £250,000. That's because it's royal protocol not to upstage a member of the royal family in a position above your own.

In the lead-up to the big wedding dress reveal, bookmakers were taking bets over who was the lucky design house tasked with making Meghan's dress. While Victoria Beckham and Giles Deacon ruled themselves out of the running, Israeli designer Inbal Dror, Canadian brand Erdem, as well as British design houses Burberry, Alexander McQueen, and Jenny Packham were all rumored to have gotten the job. Instead, Meghan went with a surprise choice: Givenchy.

Now that we've finally seen the gown, we'll be waiting with baited breath to see whether Meghan will wear a second wedding dress, like the Duchess of Cambridge did when she married Wills. The rumors go that Meg will want to change into something more "glamorous and less restrictive" for the party.