Wow! This is pretty cool. Girls star Adam Driver is rumored to be playing Nightwing in the upcoming Batman vs. Superman movie, the sequel to Man of Steel. Henry Cavill is returning as Superman, and Ben Affleck was recently cast as an older Batman. Thoughts? (The Verge)

We think ABS-CBN reporter Atom Araullo was a complete stud after he helped rescue some residents from Tacloban after super typhoon Yolanda. Guess we weren't the only ones who thought he was a total hottie. Check out this hilarious Thor movie poster parody! 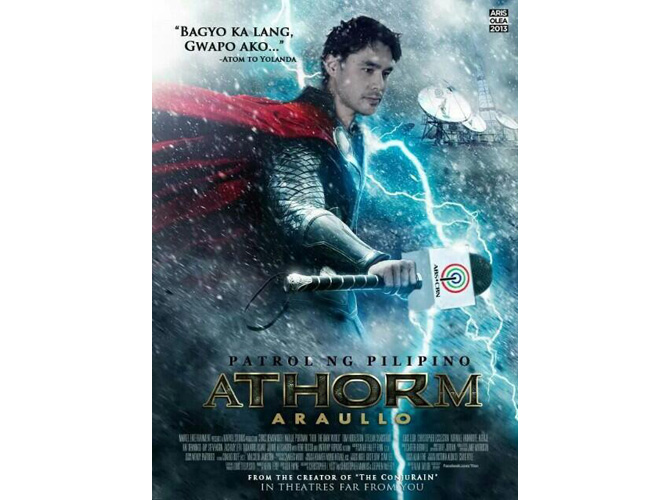 CGs, you can totally help out the victims of super typhoon Yolanda! Raid your closets and kitchen pantries, or donate via SMS or through your credit cards. (Check out our list of local donation centers and hotlines here!)

She may not have won the 2013 Miss Universe crown, but we're so proud of Ariella Arida for winning third runner-up in the beauty pageant! “To all my kababayans, thank you [for] all your support! Thank you to my BPCI family and to Madam Stella! This is all #ForThePhilippines,” Ariella said on Twitter. (Manila Bulletin)

This is possibly the coolest thing we've seen this week! Two Swedish women have invented an invisible bike helmet to make bike riding easier. Imagine an airbag...but on your head. Fine, it doesn't sound so attractive, but check out the cool video!