Miss World Megan Young was involved in an accident while visiting an orphanage in Port Au Prince Haiti on October 31, 2013. According to reports, the floor on which they were standing suddenly collapsed, causing the entire floor and its occupants to drop 8 to 10 feet below. Thankfully, Megan managed to land on her feet and did not suffer any injuries apart from minor bruises. Miss World Chairman Julia Morley and a child from the orphanage were not as lucky, as both suffered fractures. We’re praying for their speedy recovery! (missworld.com) 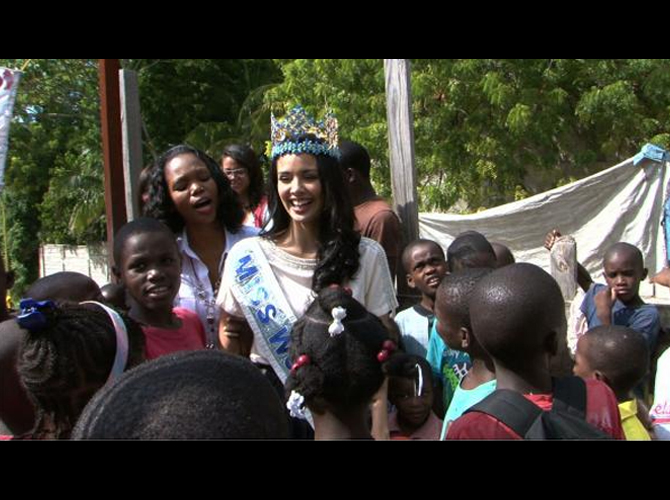 After months of speculation, it has finally been confirmed that Erik Matti’s On The Job will be remade by Universal Pictures. Director Erik Matti told the Inquirer: “This is proof that our films have a market abroad. We can now try more ambitious, varied stories.” (Inquirer.net)

KC Concepcion confirmed on her Twitter account that she is dating Paulo Avelino, but not exclusively. She wrote, “Hi.  So... I am not dating anyone EXCLUSIVELY. At least not yet! Just wanted to clear the air! Goodnight, Philippines,” to which she followed up, “To those asking: Yes @mepauloavelino & I enjoy each others company, yes we spend time, but nothing serious right now! I am still single.” Thoughts? (PEP.ph) 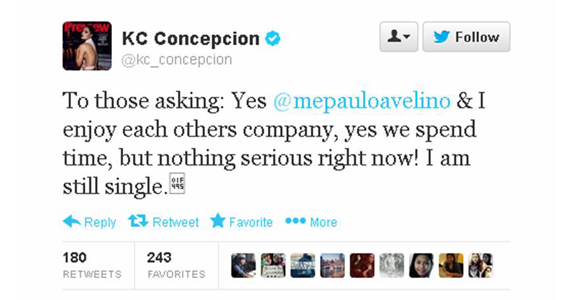 Brace yourselves, CGs! A possible super typhoon with maximum sustained winds of 234 kph or more may hit the Philippines on Thursday (October 7, 2013). (gmanetwork.com)

Tom Hiddleston (Loki) is giving Chris Hemsworth (Thor) a run for his money as he captures the hearts of kids and adults alike! Check out this video of Tom dressed in his Loki ensemble while he argues with these adorable kids: