Good news, CGs: The Philippines is included in the top 10 countries (ranked number 5) where women enjoy the most equal access to education and healthcare. It is also where women are most likely to be able to participate fully in the country's political and economic life. Awesome! (BBC.co.uk)

Check out American wakeskater Brian Grubb performing a wakeboarding challenge in the Banaue Rice Terraces. Though some concerned Filipinos criticized the stunt for jeopardizing the famous terraces, Grubb reassured viewers that he asked permission from mumbakis (spiritual leaders of the Ifugao) before performing the stunt. (manila.coconuts.co) 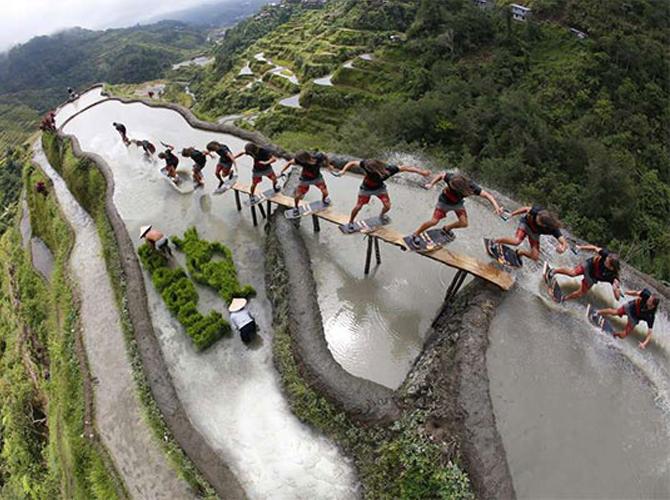 Phoemela Baranda revealed a 15-year-old secret on The Buzz Ng Bayan last October 27: She has an 14 year old daughter, Kim, whom she conceived when she was only 18 years old. She explained, "That time, I was still modeling and ang dami kong contracts. Actually, that time, my mom was still alive. Syempre, hindi siya natuwa sa situation. Masama ang loob niya. So,sinabi niya sa akin na maybe it's better if we just hide it." Now that the truth has been revealed, Phoemela is trying to make up for lost time with her daughter. (PEP.ph)

Remember that rumor about Robert Pattinson and Katy Perry getting cozy  after their respective breakups with Kristen Stewart and John Mayer? Well, there’s a new video circulating on YouTube from 2008 where Katy is seen sitting on Rob’s lap while they belt out Boyz II Men’s “I’ll Make Love To You” together. So what do you gals think? Friends, lovers, or nothing? (Shout out to John Mayer!) (JustJared.com)