Emily Musson, a student at LIM College in New York City, and her boyfriend, Johnny, are just like any other couple in a new relationship. They started to date two weeks ago and decided to display their affection by posting a few photos of themselves on Facebook. That's when Emily's parents, who have been together for 28 years, decided to hardcore troll them with a few of their own shots. 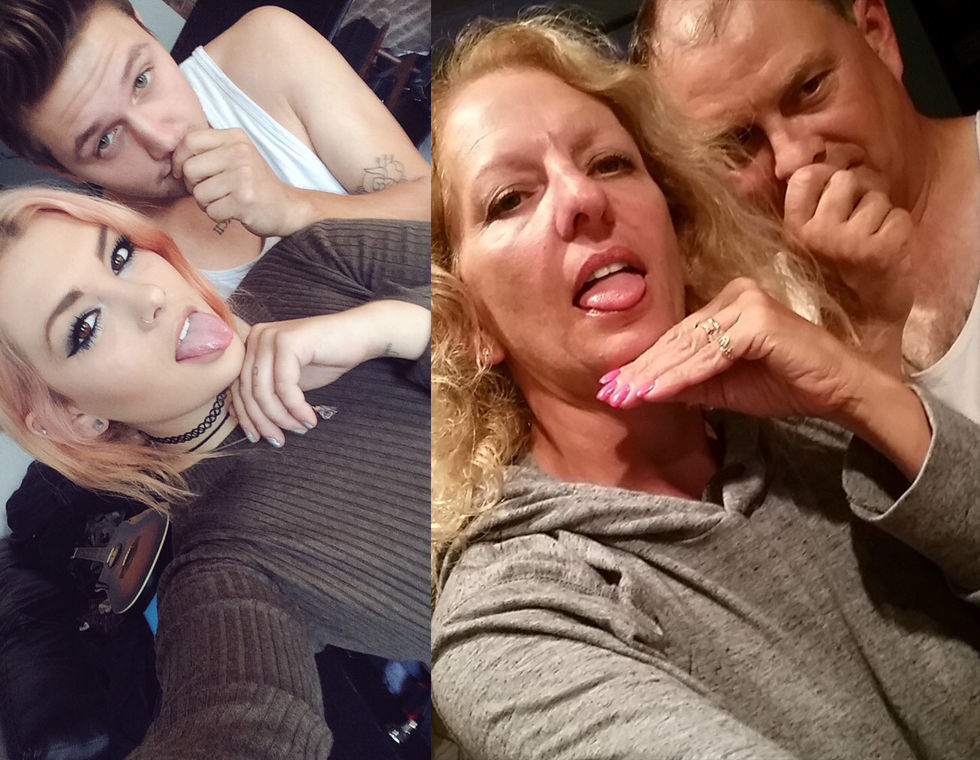 According to Emily, parents Nancy and Craig have yet to meet her new boyfriend, but she wasn't at all surprised by their move because they love to mock her. Emily posted the photos on her Twitter, where they were retweeted 40,000 times in less than a day, much to her surprise.

"When it went viral I was confused. Like, yeah, it's funny but, like, it's more interesting if you actually know my parents," Emily told Cosmopolitan.com.

As for Nancy and Craig, they seem less shocked by their newfound stardom.

"My mom thinks it's hilarious and claims she wants to be on Dancing With the Stars," Emily said.