OMG! Park Bo Gum Is Rumored To Be Starring In A Film With Gong Yoo

Another day, another K-drama news update! Word is out that two of our favorite K-drama actors, Park Bo Gum and Gong Yoo, will be starring in a movie together! According to Soompi, Korean news outlet OSEN confirmed on February 7 that there are currently talks for Bo Gum to star in a thriller about the world's first human clone, Seo Bok. Bo Gum is slated to play the titular character. "He received an offer [for Seo Bok] and is positively reviewing it," Bo Gum's representative revealed.

Gong Yoo has been attached to the film since October 2018 and will be playing the role of Ki Heon, a former intelligence agent who gets involved in the pursuit for Seo Bok. In even better news, this film will be the first time the actors will work together.

K-drama fans have been super excited about this news when it broke, especially the PH's ultimate Korean fangirl Anne Curtis. Posting on Instagram Stories, Anne wished for the rumors to be true! Don't we all, Anne, don't we all? 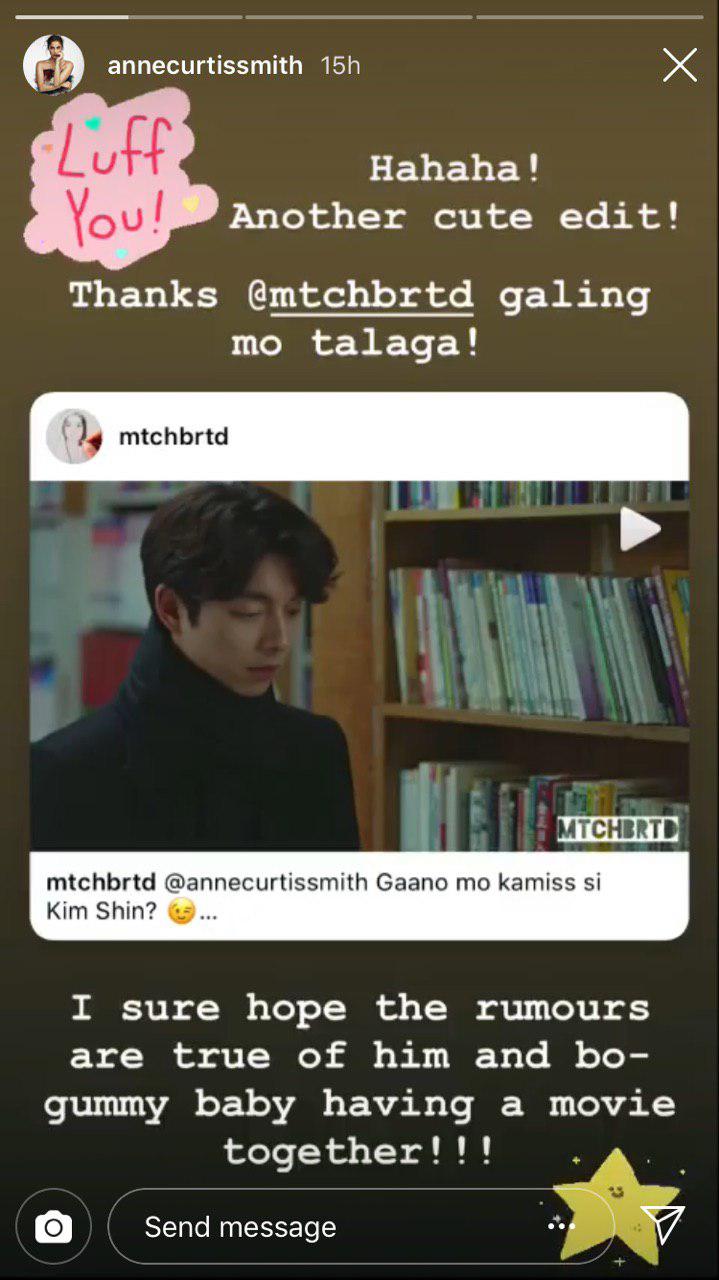