Before they became household names, most celebrities led lives pretty much like ours. While there are some who were always committed to the pursuit of a career in entertainment, the road to stardom came as a rather unexpected journey for others. Of course, making it big in showbiz is not always easy and these stars prove just that.

To give you your dose of showbiz chika (and a bit of motivation), we talked to Angel Locsin, Daniel Matsunaga, Paulo Avelino, Bea Alonzo, and Jennylyn Mercado to find out what their lives were like before we knew them as our fave celebs. Read on: 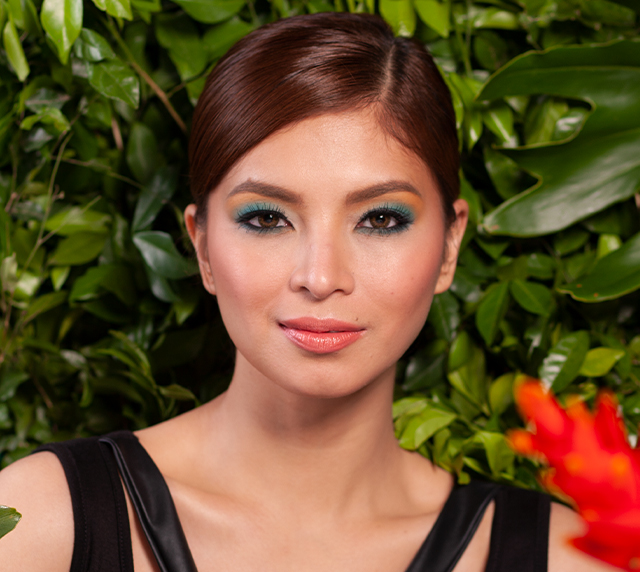 Prior to becoming an A-lister, Angel was a print and commercial model who was happy to get supporting roles in shows.

A self-confessed introvert, Angel never really saw herself in the entertainment business, but her desire to support her family prevailed. “I wanted to help my family with the expenses so I had to learn to somehow overcome my being an introvert. My goal back then was to save enough money for my father’s eye operation.”

After attending workshops to learn about acting and the industry as a whole, Angel started making a name for herself, but not without facing rejections along the way. “Madami akong experience na ‘di ako nakuha sa mga commercials and roles na nag-audition ako. Then, meron din yung mga doubt ng mga tao sa capabilities ko. I said to myself that instead of defending myself to people, I’ll just work harder and prove everyone wrong.”

To Pinays who've had their share of career struggles, Angel says it’s important to never give up on the things you're really passionate about. She adds: “You always have to put 100 percent effort in what you do, sometimes over and beyond what is expected of you, because that’s how you really grow.” 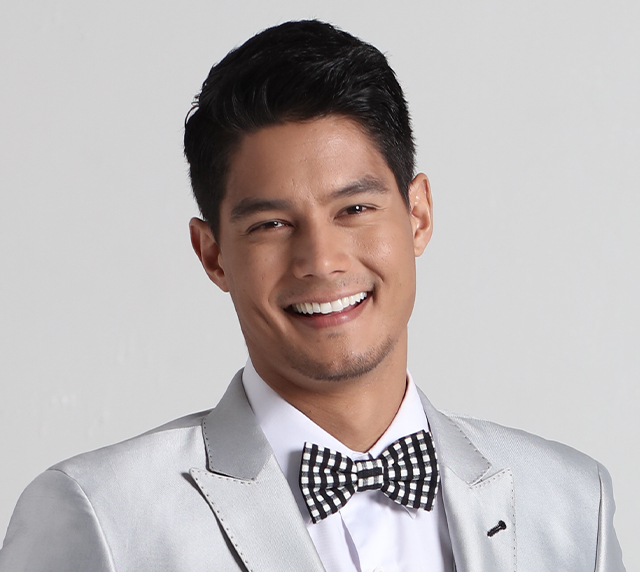 Previously an international model, Daniel’s showbiz career took off when he got an opportunity to act in The Last Prince alongside Aljur Abrenica and Kris Bernal. “It was really challenging for me, especially because of the language barrier.”

Life on set could be unforgiving at times, and Daniel soon found that it came with very little downtime. He would find himself struggling to get work wrapped up by dawn before other appointments early in the morning. In fact, he admits doing most of his sleeping in his car between jobs.

The overwhelming support he received after winning Pinoy Big Brother All In in 2014 was a big turning point for Daniel career-wise. “It felt surreal when I was announced as the Big Winner. When I got up onstage, I saw a lot of people cheering and waving banners for me.”

He adds: “God is never blind to our tears, never deaf to our prayers, and never silent to our pains. He sees, He hears, and He will deliver. Along with faith, you should also have the strength to exceed any limitations people have set for you and not let anyone hinder your success.” 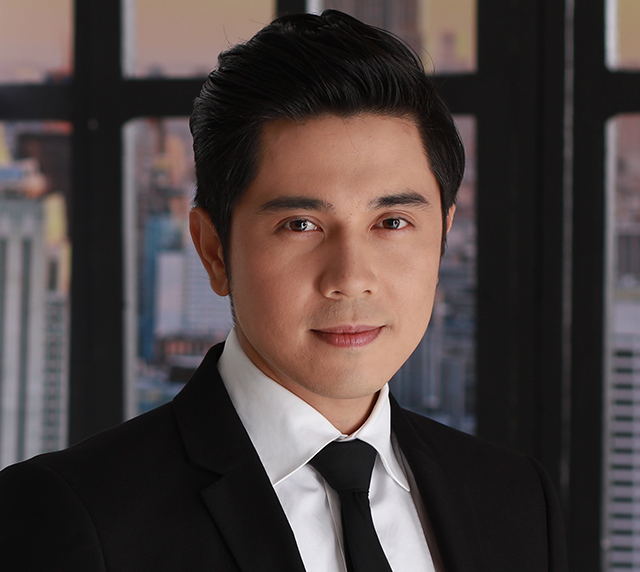 Before showbiz came calling, Paulo was an entrepreneurial management student who had his eyes set on becoming a business owner. As we now know, life had other plans for the I’m Drunk, I Love You star.

To earn his spot in the biz, Paulo highlights the importance of learning. “I had to make sure I knew what I was doing. I had to study the craft.”

But no workshop could ever prepare him for the struggles he faced as he climbed his way up. He admits having a hard time learning how to deal with public perception, time management, and balancing everything while maintaining his mental health—things he says he still tries to overcome every day.

“Struggles are never-ending, but with the right dedication and a positive mindset, they become challenges that you can overcome,” he points out. 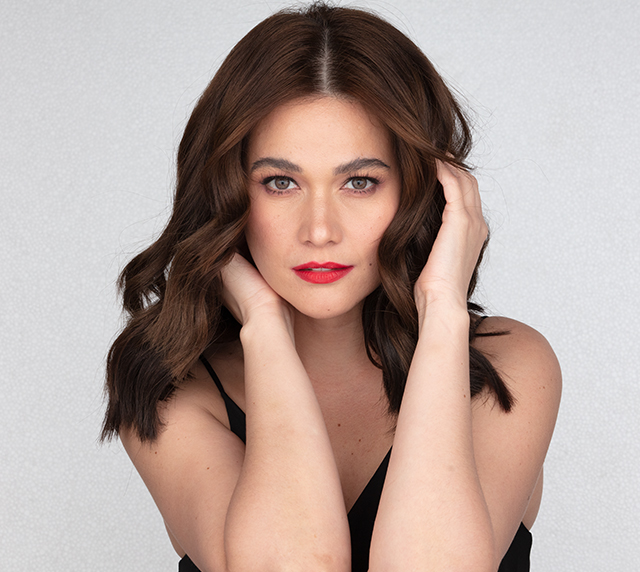 Bea is one of the lucky few who always knew that she would pursue a career in acting. “I was discovered at a beauty contest. I was a high school student and I loved joining pageants. I knew from a young age what I wanted to do in life.”

After successfully auditioning for Star Magic, her big break came when she landed a role in the teleserye Kay Tagal Kang Hinintay. She describes the feeling of meeting the cast for the first time as “surreal.”

Not to say that Bea didn’t have her share of hardships—like Angel, she also experienced financial struggles and rejections early on, to a point where she actually considered turning her back on showbiz for good.

She explains: “Maybe it was the pressure? Or maybe I was drained? Or maybe it was because of the other things that come with the job? But then One More Chance came and that validated my reason for staying. It was as if I was falling in love with my job all over again.”

These days, Bea makes a habit of praying for guidance. “When I encounter crossroads, I make sure I turn to Him for guidance,” she shares. “Just take time to reflect and be silent and listen to what your heart tells you. It never lies. I believe that God planted seeds in your heart for you to nurture. Don’t let the fire inside you die, and watch yourself succeed.” 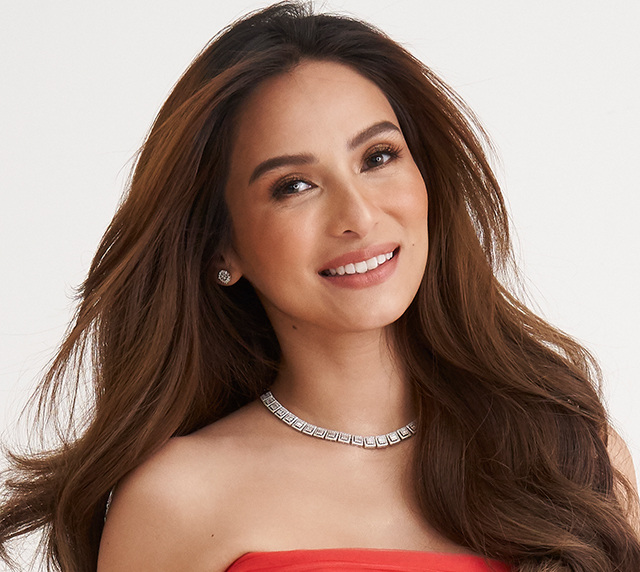 Long before gracing our screens, Jennylyn paid her dues by working as a singer at a cafe in Malate.

It was her mom who pushed her in the direction of a showbiz career, when she told her, “Walang mawawala if you try.” She approached her manager, who then advised her to audition for a star search reality show. The rest, as we know, is history.

It was later on when Jennylyn started to encounter hardships, having to balance her showbiz career and her responsibilities as a single mom. “I did experience not getting work kasi single mom ako. Parang I was limited to portray roles na may anak na. Naka-ahon ako, kaya I am so grateful to the people who took a chance on me.”

She adds: “I just continue working and doing my best. I have to work harder kasi mas marami akong kailangang patunayan. The road to where you are right now and where you want to be may be tough and challenging, but if you believe that you can do it, you will. You will overcome it.”

As these stories show, even the likes of Angel, Daniel, Paulo, Bea, and Jennylyn have to work hard to be the hero of their own stories. But that’s not the only thing they have in common. As Avon ambassadors, they all share the same transformation story with the brand that’s due for a relaunch this year.

After doing beauty differently for 135 years, Avon is launching a new look and voice to make people reconsider their view of the iconic company. The rebrand movement, #WatchMeNow, better reflects the Avon of today—bolder, more innovative, and much more inclusive.

This rebrand includes a new visual identity and an update to the Avon logo, as well as a bolder tone of voice. It’s a nod to Avon’s heritage as a purpose-driven company, which uses the power of beauty to transform lives—providing earning opportunities, making beauty accessible to all, and even supporting advocacies for domestic abuse and breast cancer awareness. It celebrates the success of the underdog and highlights the underrated aspects of the Avon brand: its activism, products, and even its ambassadors like Angel and Jennylyn.

A lot has changed for Avon in 135 years, and #WatchMeNow makes us look forward to what’s coming ahead. Through #WatchMeNow, Avon hopes to inspire women everywhere that they too have the power to transform their lives, just like Angel, Jennylyn, Daniel, Paulo, and Bea did. Watch this:

This article was created by Summit Storylabs in partnership with AVON.
Shop the items in this story!