The first poster for Pitch Perfect 2 has just been released and we are FREAKING OUT because lesbi-honest, we aca-can't wait! 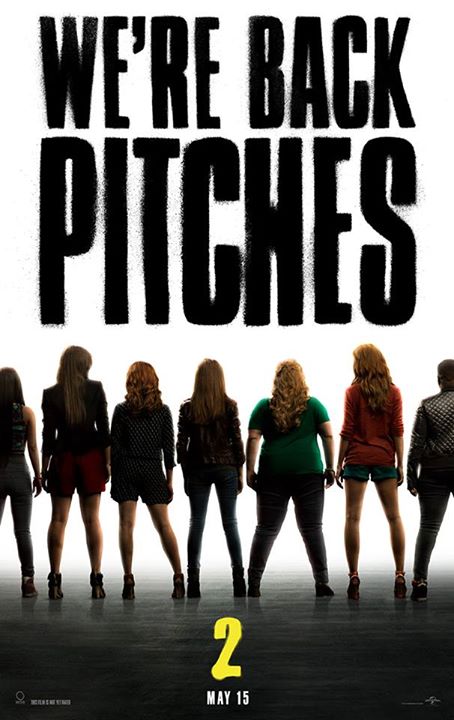 Rebel Wilson, Brittany Snow, Anna Kendrick, and Skylar Astin return in the sequel of the 2012 movie. Elizabeth Banks (as in Elizabeth Banks from The Hunger Games and sassy judge Gail in the first movie) produced the first film but now returns as the director. She jokingly tells Entertainment Weekly:  “This is the stupidest idea I’ve ever had. My first movie is this huge studio movie that a lot of people care about that also happens to be a musical with massive dance numbers. I don’t know what I was thinking.”

The three Bellas also graced the cover of the magazine, and Brittany Snow shares the photo on her Instagram page:

Rebel Wilson also shared a sneak peek of their photo shoot with EW:

Pitch Perfect 2 will be in cinemas on May 15, and we're just like:

UPDATE: the trailer has been released!