You may have noticed that Prince Harry's ex-girlfriend Chelsy Davy showed up to the royal wedding, and yes, it was predictably awk every time the camera panned over to her. Which was a lot because the #RoyalWedding cinematographers were shady AF.

We can all agree that it was pretty mature of Chelsy to show up at her ex's wedding, but apparently her decision to attend came hot off the heels of a "tearful" phone conversation they'd had a few days before.

"It was their final call, a parting call in which they both acknowledged Harry was moving on," a source told Vanity Fair. "Chelsy was quite emotional about it all, she was in tears and almost didn’t go to the wedding." 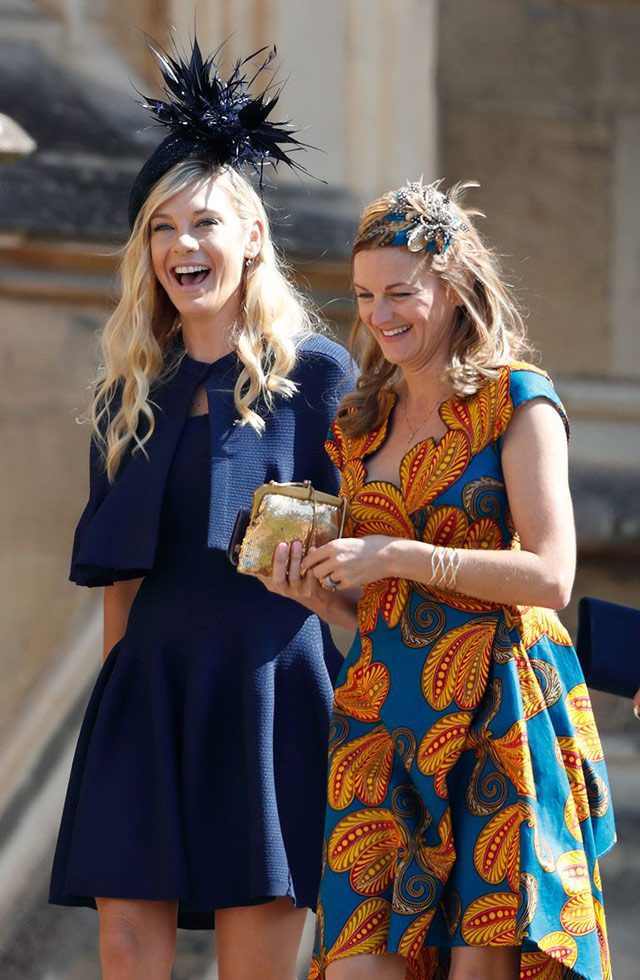 Apparently, Chelsy wasn't invited to the reception and also talked to Harry about THAT. Per the source: "In the end, she went [to the wedding] and promised Harry she wouldn’t try and gatecrash the party."

FYI, Harry and Chelsy dated from roughly 2005-2010, and she didn't seem too torn up about their eventual split. "It was so full-on: crazy, and scary, and uncomfortable. I found it very difficult when it was bad. I couldn't cope," Chelsy said about her time with the royals. "I think we will always be good friends."