The photos were captured by Harper's Bazaar regular photographer Alexi Lubomirski at Frogmore House in Windsor, earlier this week.

The series of candid photos show the happy couple relaxed and smiling in both color and black and white. However, they are notably different to those released by Prince William and Kate Middleton in December 2010, ahead of their April 2011 wedding. 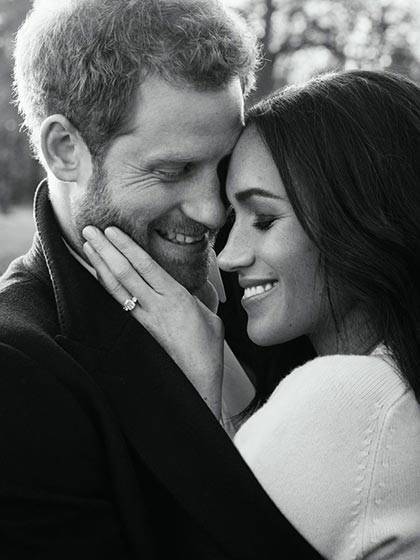 Here are the areas in which they differ:

Harry and Meghan chose Alexi Lubomirski to shoot their engagement photos. Alexi grew up in Botswana, a particularly favorite country of the prince, but studied his craft at the University of Brighton.

He has worked with Beyoncé, Gwyneth Paltrow, Jennifer Aniston, and Sarah Jessica Parker, to name a few, and recently a Maybelline campaign starring Gigi Hadid. Last year, he released an entire series to promote and celebrate diversity shooting the likes of Lupita Nyong'o and Hari Nef.

Alexi has royal blood himself and inherited the title "His Serene Highness Prince" from his birth father's royal Polish heritage.

Prince William and Kate, on the other hand, opted for esteemed photographer Mario Testino to capture their newly engaged moments (Alexi actually used to be Mario's assistant before making it himself). Mario's portfolio of editorials, superstars, and high-fashion adverts is well-known but what most probably encouraged William to select him was that he was a favorite of his late mother, Diana, Princess of Wales. 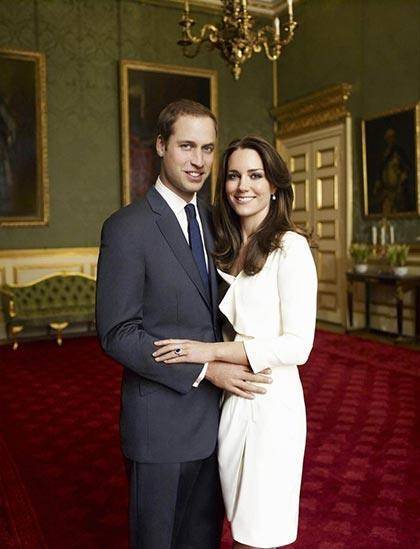 There is no denying that Meghan and Harry look suitably loved up in these engagement photos. In the color photo, Meghan is seated between her fiancé's knees, holding his hand (and showcasing her beautiful ring, of course) while using her other arm to casually rest on his knee. Their heads are touching and their closeness is palpable. 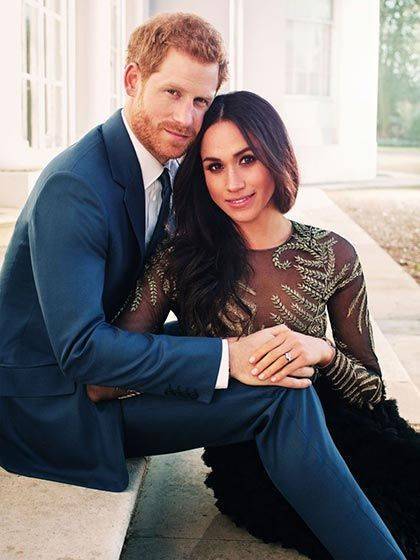 The second photo is even more intimate. Harry looks like he's been caught mid-laugh while he pulls her into his coat. Meghan is looking down, smiling and caressing his face. It's so romantic, you almost feel like you're intruding.

On the other hand, William and Kate's photos were a tad more restrained—as could be expected from a royal heir—yet they looked just as happy. There was a formal photo, with the two having their arms around each other yet leaving enough space between them to fully turn towards the camera. Then there was a more informal photo of the couple locked in an embrace, grinning from ear to ear, with their heads touching. 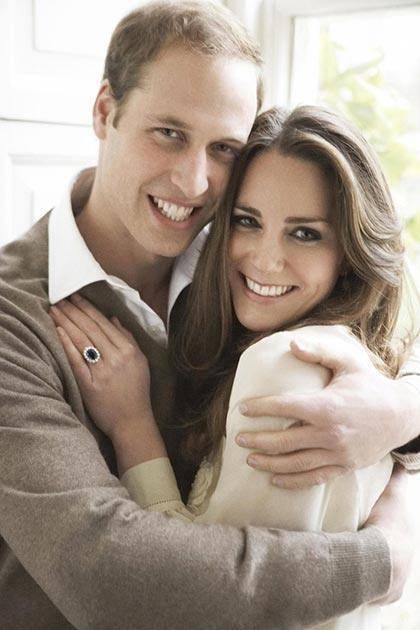 Mario later told Hello magazine that the more informal photo was impromptu: "I wasn't totally satisfied. Then, when I'd finished the shoot, they were about to leave and they suddenly hugged in front of a radiator. It was spontaneous emotion. You could see they were completely in love."

The two couples were photographed in the chilly month of December, yet one opted for outside while the other had the (probably more sensible) idea of staying inside.

Harry and Meghan's photos were taken in the private grounds of Frogmore House at Windsor Castle, which is suitably near where the couple will exchange vows in May at the castle's St George's Chapel.

William and Kate were photographed at the royal residence of St James' Palace in central London where William grew up with his brother and father Prince Charles.

For William and Kate's formal portrait, the outfits were, unsurprisingly, formal too. William was dressed in a Turnball and Asser suit, while Kate wore a white Reiss dress and earrings from Links, according to the BBC.

In the informal shot, both wore jeans. William matched this with a shirt and beige Cucinelli jumper while Kate selected a white blouse from Whistles.

Prince Harry was suited up for his engagement photo shoot, choosing a navy design, and then opting for a Burberry coat, according to The Telegraph, to wrap himself—and Meghan—into for the second shot. 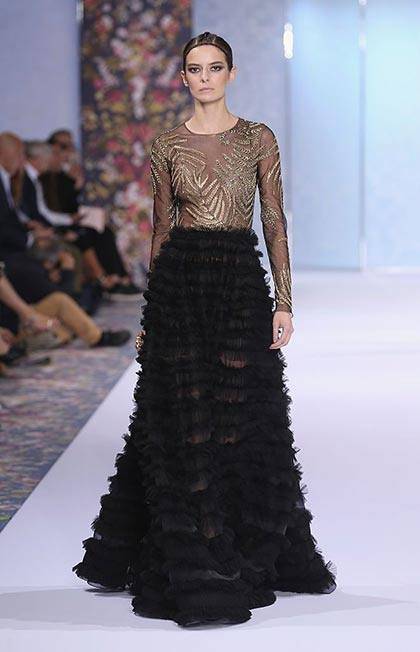 Meghan is continuing to pave the way as someone to watch in the fashion sphere by choosing a sheer, full-length Ralph & Russo dress with gold embellishment detailing for the color portrait. She wore a white jumper by Victoria Beckham for the black and white shot.