Harvard University was ranked as the leading institution for 15 different disciplines. In second place is the Massachusetts Institute of Technology (MIT), which is ranked number one for 12 subjects this year.

Singapore leads Asia in terms of the number of top-20 places achieved. 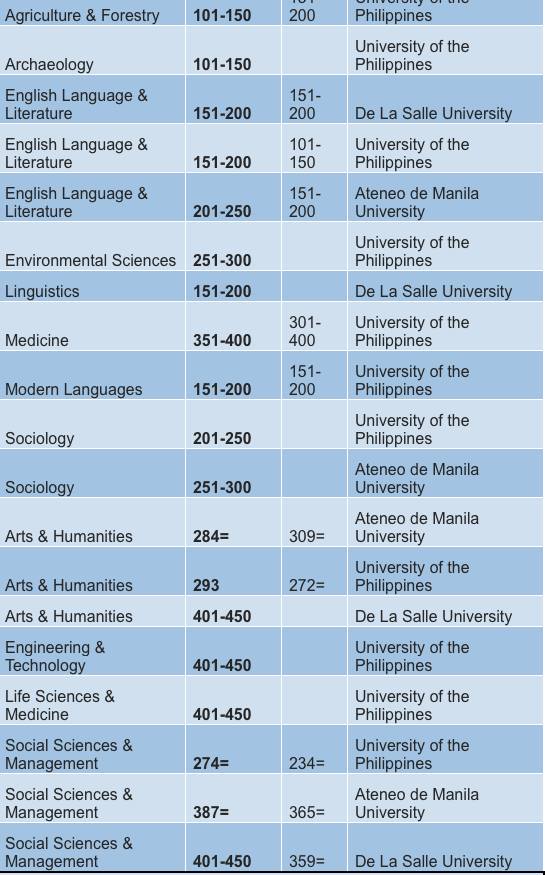