Rachelle Ann Go Is Getting Married In Boracay This Week

On Instagram Stories, Rachelle posted of their arrival at Discovery Shores Boracay where the hotel even surprised them with a Hamilton-themed cake, complete with a mini Eliza Schuyler! 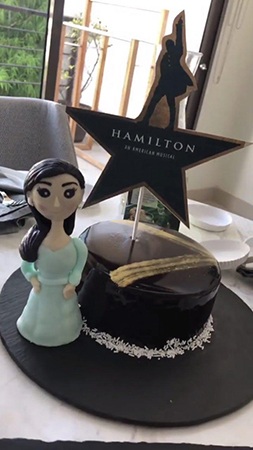 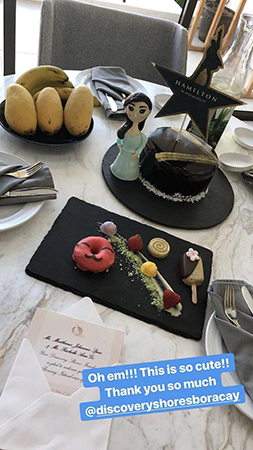 Last week, Rachelle was thrown a bachelorette party in Manila by her close friends and family.

Boracay seems to be a meaningful place for the couple. In September 2017, Martin planned the proposal and popped the question on the famous island. He also wore a shirt that said "Mahal Kita Shin-Shin" (Shin-Shin being Rachelle's nickname).

Rachelle and Martin were introduced by a mutual friend while attending church. "When I first saw her, I thought she was really beautiful," said Martin. "This feels like a dream, I feel like I'm floating," Rachelle shared after getting engaged.

The couple is getting married on April 19 before the island is set to close for six months starting April 26.